I am an idiot. Or, as my friend Kelly Sue would say, a jackass.

Sometime in the last few days, I noticed an early review of Akashic Books’ forthcoming USA Noir, a Best Of their well-loved Noir series.  I glanced at the review and thought “Shit, would have been nice to be in that one.”

So today I get a big pouch in the mail.  Two copies of USA Noir.  I think “Oh, that’s nice of them, sending me copies of the book.” 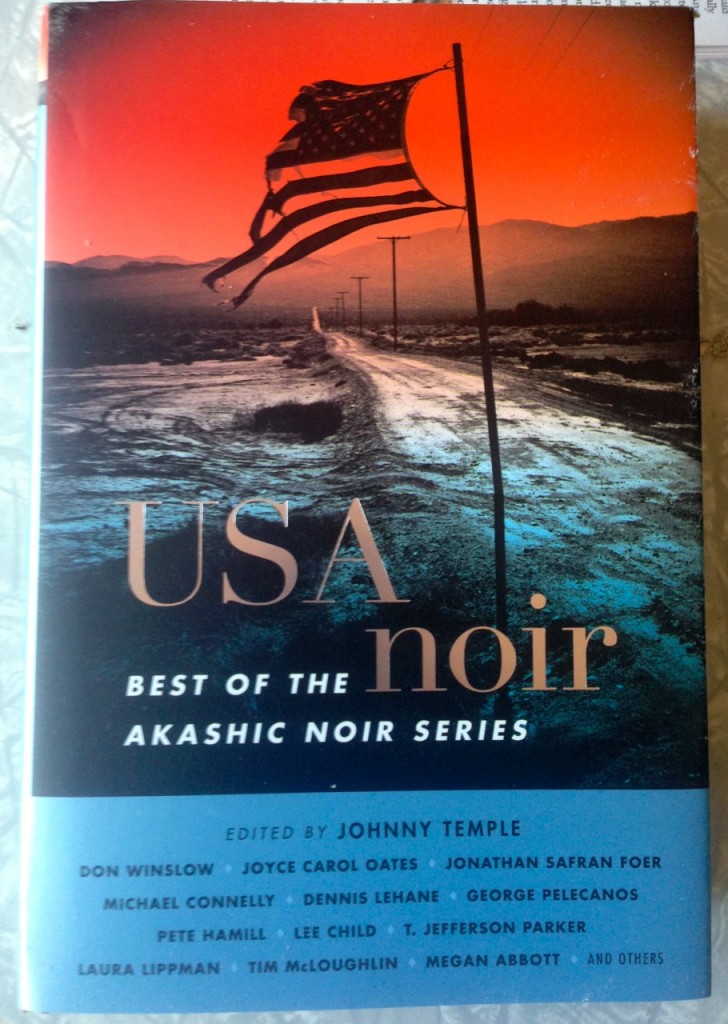 Contains the work of an idiot

Then, I look at the table of contents and, um, I AM actually in there.  The short story version of Alice Fantastic, which was originally written for Queens Noir. It’s not like no one told me.  They DID tell me.  I just forgot.

But the big, huge, fantastic part of this is that I AM IN A BOOK WITH GEORGE PELECANOS.

I can’t convey how much I love the work of George Pelecanos.  But let me try: I love it a lot.

Pelecanos has the economy of words of someone like Elmore Leonard, but more heart.

I was a big fan of Elmore Leonard and learned heaps about craft from spending my first-ever visit to Yaddo devouring fifteen of his books.  Leonard clearly had affection for his ne’er do well characters. But George Pelacanos bleeds for his.  And I love him for it.

Still, I do not love George Pelecanos as much as I love Mickey.

Mickey is safely back from the vet, having had his ear surgery.  He is no longer young though and the experience took its toll. He is very very bleary-eyed and his breathing is still a little raspy from the anesthesia.   I have wrapped him up  in a quilt and he’s sleeping now.  In a few hours he’ll have a small meal and a pain pill. 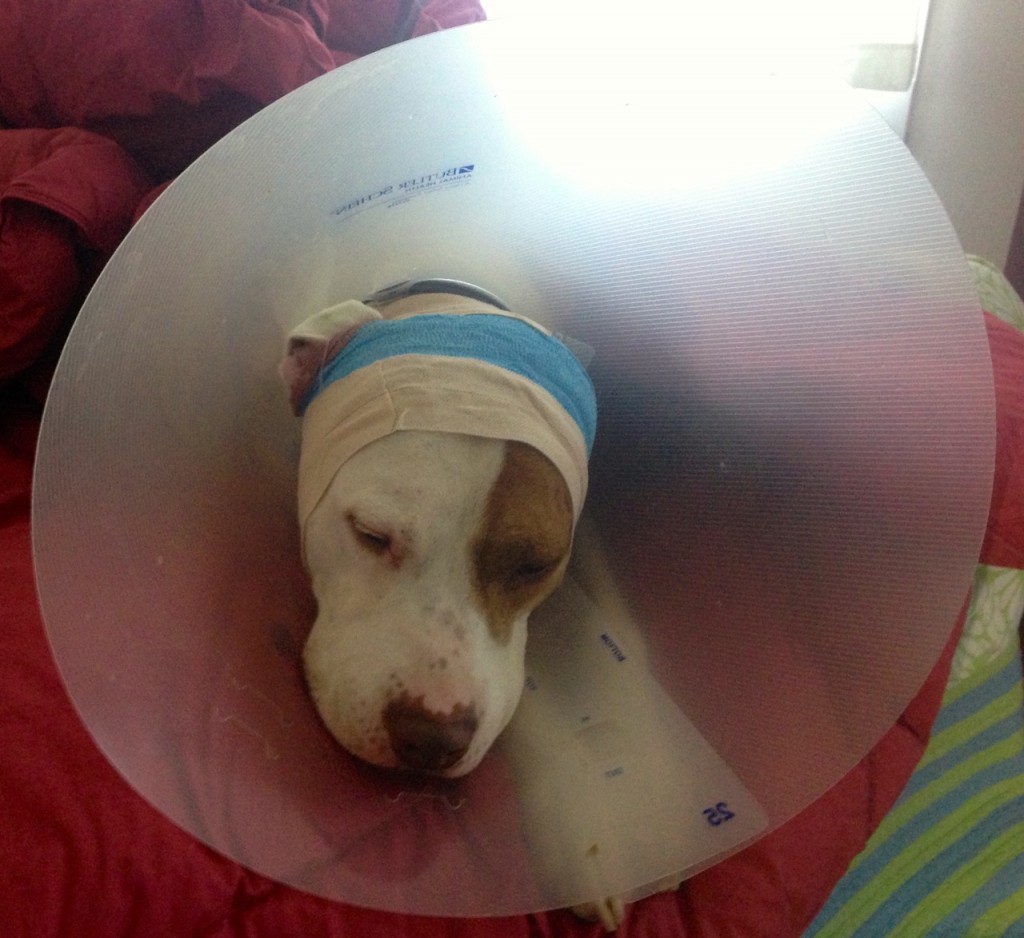 Mickey will be fine, though we’ll be negotiating life with a CONE on his head for fourteen days, until the stitches come out.  Also, it seems his left ear will probably never stand straight up again.  He may even have cauliflower ear.  Fortunately, he has enough character and good looks to pull off any kind of ear at all.

And I am an idiot who cannot even remember what books her stories are in.

But there are worse things.