Thanks to all who voted for Mickey in the dog modeling contest.

As I’ve mentioned, this will make HIM happy since he loves posing and meeting people, but, it’s also a victory for shelter dogs, and pit bull types in particular.  Over the last year or so, pits have been featured in the Lands End catalog and also the CB2 catalog.   Now, it’s Mickey’s turn to spread the message that these dogs are, first and foremost, PEOPLE-LOVING DOGS, eager to please.

These are extraordinarily resilient, intelligent dogs.   I’ve met a lot of them.  In shelters, in foster care, and beyond and, even those who have suffered nearly unthinkable abuses often become loving companions, family dogs, therapy dogs, etc.  See the Michael Vick dogs. Several of whom have become working therapy dogs. 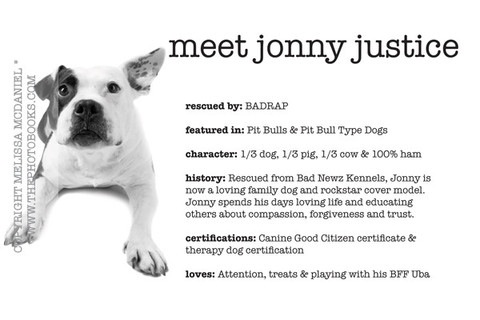 Mickey will be photographed for the Dash and Albert Rug Company catalog sometime in October.

Meanwhile, I’m planning to write a quick-ish ebook “From Death Row to the Runway” about Mickey’s trajectory.  I owe this idea in no small part to Jon Katz, a writer I’ve long admired, whose excellent, thoughtful blog, Bedlamfarm.com, I read almost daily.

Jon recently put out an e-book “Listening to Dogs: How To Be Your Own Training Guru” and it is selling like hotcakes.  With good reason.  It’s an excellent, useful book.

In it, Jon put into words many ideas I’ve had for a long time but couldn’t quite express cogently.  So there were many “Aha!” moments for me.  The e-book, by the way, is merely $2.99, less than most cups of coffee, buy it now!

The main idea of the book concerns questioning the reliance we humans have on GURUS.  Jon is speaking specifically about dog training gurus, but I think Guru Reliance goes far deeper than dog training.

I’ve been practicing yoga for a long time.  My first couple of years were spent studying at a well-known lower Manhattan studio.  Though I love  yoga philosophy, enjoy chanting in Sanskrit, and love showing respect for my teachers (and students) I’ve always been turned off by being exhorted to do anything.  And there was a LOT of exhorting at that studio.  Lots of you MUST do things OUR WAY and ONLY our way.  Most of the hundreds of students taking class there were profoundly rude and angry the moment they stepped off their yoga mats.

I moved on and studied with Eddie Stern at Ashtanga Yoga New York. 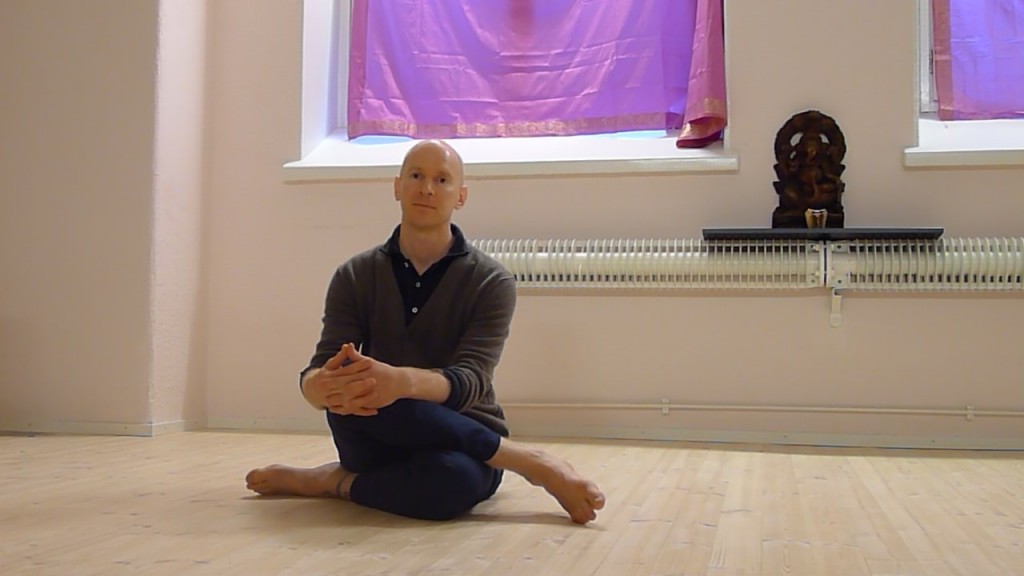 Eddie never preaches.  Ever.  His teaching methods embody his own teacher, the late Sri K Pattabhi Jois’s oft-quoted philosophy: “Just you breathe, all is coming”. 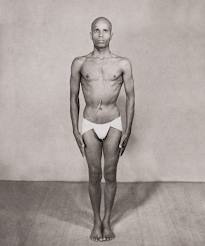 There were extended teachings, ceremonies and studies on offer at Eddie’s IF one asked.  But these were NEVER shoved down a student’s throat.

Eddie taught me to think for myself. About my body and my mind and how to achieve balance.

And that’s what Jon Katz is talking about in Listening to Dogs.

Every person has a unique relationship with every dog.  There is no single method of training that will work for every person and every dog.  I know. I’ve tried them all.   Here, Mickey and my best friend Jenny, working on their relationship as Mick tries to comprehend the peculiar get-up: 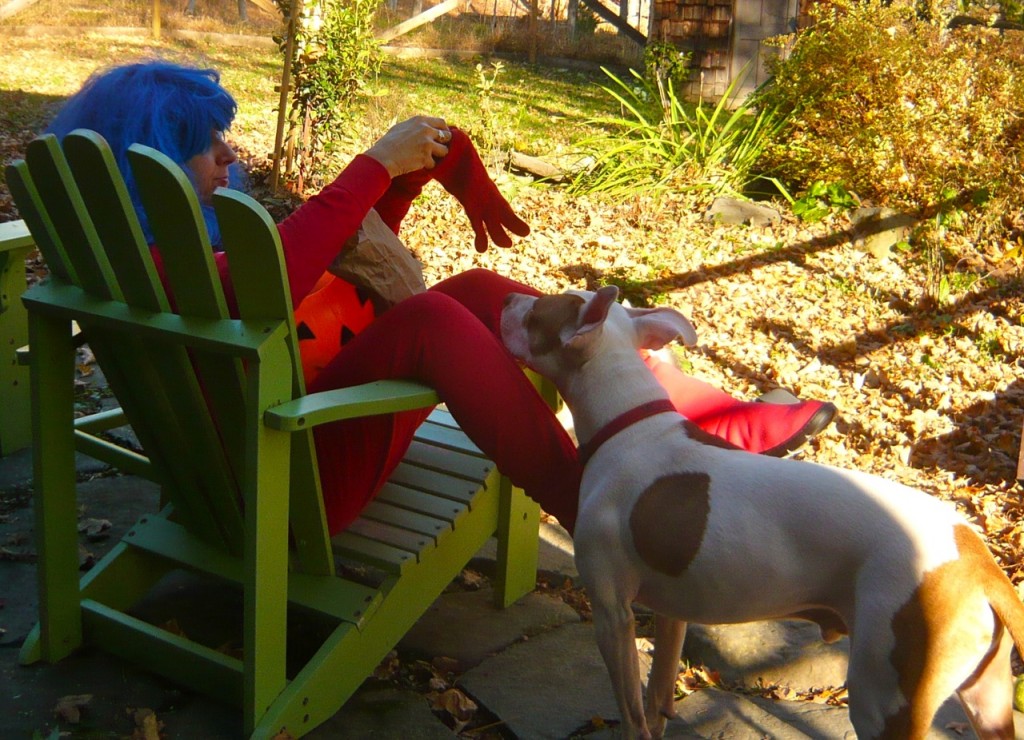 Perhaps the biggest benefit of enrolling in dog training is that it commits you to devoting time developing a relationship with a being you have invited into your life.

My childhood dog, Dingo, a husky/shepherd mix, was a perfect dog and , as I entered adulthood, I assumed all dogs were like Dingo. He never needed a leash because he stuck RIGHT by the humans’ sides.  If the humans were busy doing horse farm work, Dingo napped.  He never did any gratuitous barking, didn’t chase other animals or fight with other dogs.  He was friendly and affectionate, but not needy.

In retrospect, I realize this was because Dingo got to be a DOG most of the time.  He was allowed to make choices for himself, was not chained up, left indoors all day, or confined to a small yard , watching other dogs and people pass by.  He didn’t have to deal with walking on a leash down crowded city streets, constantly passing other dogs at close range.  He didn’t have to go into a dog park and negotiate dozens of strange dogs with bad manners.  He was, for the most part, a farm dog.  Dingo was well-adjusted and happy and when we DID take him into a crowd of people or a new situation, Dingo could DEAL because he’d learned to THINK rather than REACT.

Most American pet dogs today don’t live in situations like that. Mine don’t.  They have to deal with a lot of stuff that would have given their ancestors anxiety attacks. 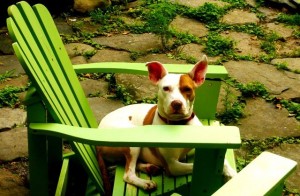 Mickey was a stray in the Bronx.  I have no idea what went on in his early life, but he was not housetrained, did not know how to walk on a leash, and was afraid of other dogs.  I worked with a bunch of different trainers, mostly strictly “positive” trainers, trying to teach him to ignore other dogs, even if said dogs were ill-behaved.

It didn’t really work.  Mickey did not give a shit about food bribes if someone’s off leash lab was BOUNDING toward him head-on  (For some reason, 95% of the time, it is labs and golden retrievers whose humans have them  off leash in parks with clearly posted leash laws and, as Jon Katz  points out twice in his book, statistically, untrained and/or ill-bred labs are more likely to bite people than pit bulls are – I had actually seen this statistic cited several times before, but  I never mentioned it anywhere because all the lab people would freak out on me and say I’m just a pit bull zealot, but Jon Katz does not appear to have special love of pit bulls  and has TREMENDOUS love of labs, so THERE.)

Over time, I learned to LISTEN to Mickey.  He has limitations.  He will NEVER enjoy dogs rushing up to him head-on (dogs reacting unfavorably to strange dogs coming at them head-on is NORMAL.)

Mickey will never excel at meeting strange dogs while on leash in a crowded environment.  And that’s okay.  He’s a dog, not a presidential candidate. 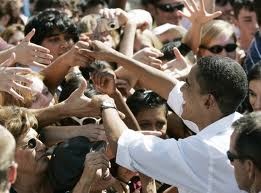 What he IS good at is meeting PEOPLE, letting children climb all over him, posing for photographs, taking car trips, and being a devoted, companion who chills out and naps while I write,  and, when I’m done working, exhorts me to take him to trails and parks to wander though nature, to quiet my mind by looking at the world through his eyes for an hour.

And that’s a lot.

I actually have more to say on this topic, and on Jon Katz’s wonderful book, but this post it getting too long and, as it happens, it’s time to go walk the dogs.