When I got  invited to Christopher Wool’s  opening at the Guggenheim, my first thought was: I GET TO WANDER A MUSEUM AFTER HOURS.

I long to be locked in museums after hours.

The chief problem with museums is PEOPLE.  They cluster, they talk, they bump into one another and frequently ruin any possibility of true communion with art.

Once, in London, I very briefly met the late Lucian Freud. 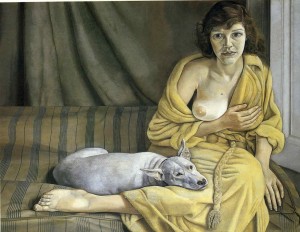 Lucian Freud was very polite but he was in a hurry. He was on his way to the Tate after hours. Being Lucian Freud, he could do whatever he wanted.  Including going to the Tate by himself,  late at night, to hang out with paintings, undisturbed.

This, however, is not what happens when you go to an opening at a museum.   There were people everywhere at Wool’s opening.  And lots of security guards.

I noticed the guards because, since the age of seven, I’ve harbored fantasies about  stealing a painting for a while, just so I could spend time with it, undisturbed.  I’d return it eventually.

I  get a little shiver when I think about the paintings stolen from the  Isabella Gardner Museum in Boston. I know. One is supposed to be all outraged about it.  But, since the only thing you can do with such recognizable paintings is keep them in a secret chamber in your house, presumably whoever orchestrated the theft did it so she or he could wake up every morning and go look at her Rembrandts.

There is the ethical problem of depriving hundreds of thousands of other people of  ever seeing those paintings in person. Which is why I’d have returned them by now.  But, still. I  REALLY understand the impulse.

Our experience of art should be visceral, private, yet the only way most of us see any of it is  public.  Extremely public. 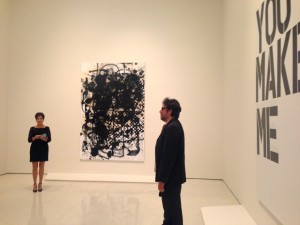 The art world is so elitist it makes the literary world look like hillbillies eating deep-fried Twinkies .

Which is one of the things I like about Christopher Wool and his work too.  He’s not much on self-importance or snobbery.

When I ran into Wool at the opening, he was hovering about halfway up the long snail shell of the museum, standing, appropriately, near his word painting TRBL, looking slightly frightened. 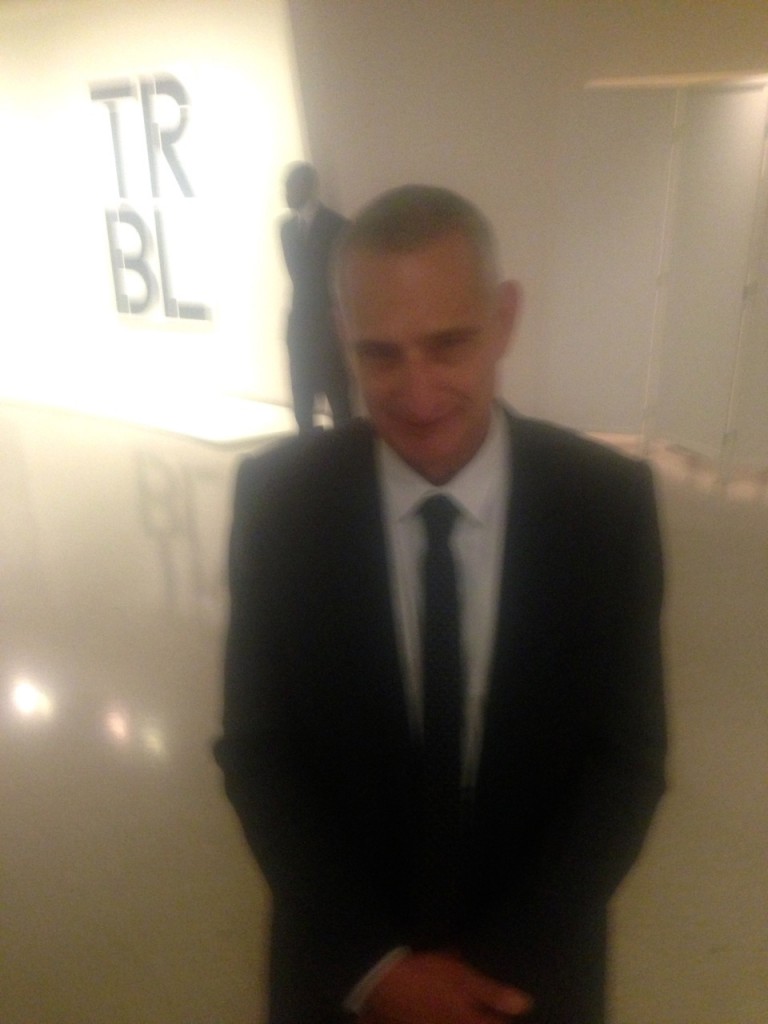 Wool at his opening. My iPhone lens was smudged, but I like to think it is fitting.

We hugged hello and then he said: Can you believe this?  He seemed genuinely stunned.  He wasn’t cocky.  He was just standing there, in a suit Dior had given him, surrounded by 30 years worth of beautiful paintings he had made.

As I remember, Wool went to art school for half a minute then went off to the woods somewhere, grew a huge beard, and just started FUCKING SHIT UP, making paintings.

I think a lot of people go to museums and feel  they’re SUPPOSED to be taken with certain works, but maybe  aren’t all that moved.  Partly because there are so many  PEOPLE mucking about, distracting from the view.  But also because people don’t just wander, passing by the obvious,  waiting for their eye to fall on something,  waiting to fall in love. This was how I discovered my love of Hieronymus Bosch.  Wandering. Then going: WHAT THE FUCK IS THAT? THAT LOOKS LIKE MY SOUL.  HOW DID THAT GUY DO THAT?

It sucks that developing a personal relationship with art isn’t something many people get to do.

I’m lucky I got to fall in love with it and learned ways to spend time with it. Like going to the Met Friday nights in winter, when it’s open late and there are way fewer people and you ALMOST feel alone with all those beautiful things and can feel thousands of years of wisdom and wildness pouring from them.

Or going to semi-obscure museums. Wandering small town galleries, seeing a lot of stuff that does nothing for you but, once in a while, getting that burst of joy when love happens.

I want EVERYONE to feel that.  To long to be locked in the museum overnight.

As for the Wool show, GO SEE IT.  But go at some obscure time.  And just wander and wait for love to happen.  It’s a magnificent show.  It’s lone failing being the glaring omission of the painting Maggie’s Brain: 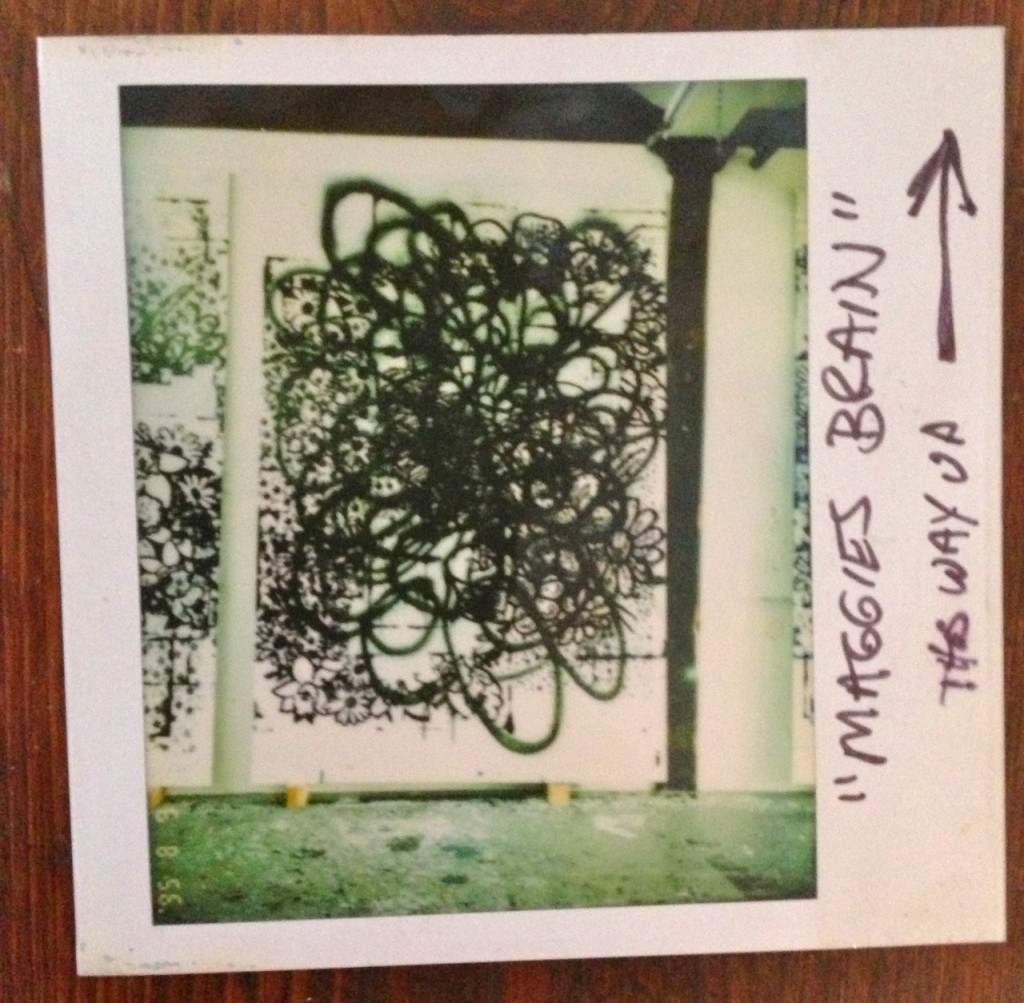 Yes.  That painting was named for my brain.

So they left it in Chicago.   Just in case I got locked in the museum and tried to steal it.