As most of you reading this have probably figured out, I write books and occasional magazine things and contribute short stories to a bunch of anthologies. This is what I’ve done for a living for twenty years.

Being broke isn’t very interesting anymore.  Plus, I have to start saving  for opening a dog sanctuary in Mexico, living out my days  as the gringo dog lady.

I like teaching yoga, but it’s REALLY hard work (like, WAY harder than standing on stage in front of thousands of people shouting Fuck Me) and the pay sucks.

I used to think there was very little difference between a realtor and, say, a piranha.

Then, over the last ten years or so, buying and selling and renting houses both upstate and in Brooklyn, I met real estate people who weren’t pathological liars with giant teeth and bad suits.

I have several friends who are realtors.  And, as one of them, Larry, likes to say, I am a Total Real Estate Slut.

I LOVE looking at houses and watching trends in the market, like, where and how good Return on Investments can be found.   It’s a little like methodically gambling on horse racing  –except no animals ever get hurt.

I signed up for real estate school expecting  it would be like living in a David Mamet movie. Specifically, Glengarry Glen Ross.   It has not disappointed.

There are about forty of us in the class ranging in age from 19 to 60 something.  Almost everyone is white, and women outnumber men.   There are smart people, not-so-smart people, ambitious people,  people who just want to make a few  extra bucks. One of our instructors  is  SO out of  David Mamet it is eerie. She is 40 ish, curvy,  partial to skin tight skirt suits and dizzying  stilettos. 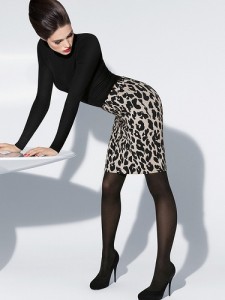 Not actually my instructor

This woman sells a LOT of houses.  She’s told us she has a coach, a guy who calls her once a week and yells at her for two hours, telling her to sell more houses. She pays this person to do this and apparently it works. She has scripts memorized for pitching herself to prospective sellers.  It’s quite a schtick and REALLY  borders on farcical.  I had to bury my head in my arms several times to avoid laughing.  But, hey, she’s making a lot more money than I am right now. And she’s actually a very  nice woman.  Just a completely different species.

Much as some of you might enjoy the idea of me  kitted up in a skin-tight skirt suit and stilettos, pounding on your door, and giving you a speech about why you should let me sell your house, I don’t think this will be my approach.

I’ll be more of the school of “Hey, if you ever want to sell or buy some real estate, ask me about it, I study this shit and find it fascinating. Plus, I have really good taste.”

We’ll see how it goes.  If nothing else, I’ve already gotten about 40 characters for future stories and books.

And , okay, I admit it, I DO kind of want to get a skin-tight skirt suit and stilettos.  Then, if the real estate thing doesn’t pan out, I can always audition next time Mamet is casting.