I like routine and quiet and having the capacity to blend in and just BE.

I can only deal with very small parties, and am uncomfortable in crowds.

When I lived in the city, I traveled by bike rather than face swarms of people on  the subway.

I usually only go to shows I am performing in or that friends are performing in. Not because I’m a jerk, but because this assures me a tucked-away place to sit or stand, away form the crowd.

My friend Jonathan Ames likes to say that when he’s not onstage he is extremely boring.  Actually, I think he says he has the personality of a cardboard box. 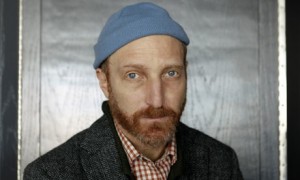 When performing, Jonathan is anything but a cardboard box.  Perhaps you’ve seen him or heard him.  He is VERY LIVELY.

I was soothed when Jonathan insisted that he is boring.  Having a friend who has a wild and lovely mind claim to be boring validated my own boringness.

There is honor in being boring. 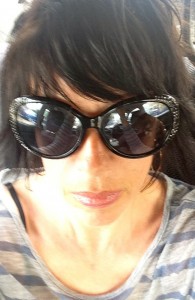 Sometimes I wear very large glasses to be less boring

People like to tell things to boring people.  Boring people, at least the brand of boring I suffer from, are good listeners.

Also, boring people are never bored.  I am always interested in something because I can take stuff in because I am BORING.

I lead a simple, quiet life.  Even when touring, doing many consecutive days or weeks of performing and traveling, I endeavor to transport my boringness with me.  To settle into the rhythm of any given situation and just LISTEN and OBSERVE.  Even when flying into some strange country with a bunch of strange writers at some strange hour and the only vegetarian food available is POTATOES.

As a Boring Person, I don’t go out and do things just for the sake of doing things.  I’d rather stay home and garden with the dogs or spend two hours in headstand or lurk in my office generating fiction.

I’ve known a number of performer/artists who are not boring.  They are constantly ON.  Sometimes it’s tiring to be around them and I imagine it must be really tiring being them.

But I don’t have that problem.  I am boring.

I didn’t always know I was boring.

When I was doing things on MTV in the 1990’s, people would try to find me and insist on meeting me.  There was one really persistent guy, a TV Writer who wrote for a very good and successful show.  We knew a few people in common so I agreed to meet him for a sort-of-date in LA.

As I remember, it was an okay sort-of-date, but the guy kept looking at me as if expecting me to suddenly launch into my stage persona.

We didn’t have a second date.  A few years later, I was at a (small) party and the TV writer guy’s name came up and I said: Oh yeah, THAT guy, he semi-stalked me for a while and then we went on a sort-of-date.

To which the person I was talking to said: Yeah, I heard about that, he said he expected you to be wild.  But you were just BORING.

I was a little upset that this guy had apparently told anyone who would listen that I am BORING.

Then, I thought about it and realized I AM boring.  And I LIKE being boring.  Being boring means I will (probably) not go completely insane from over-stimulation.

I used to have a therapist, Marilyn, who LOVED to cite Matisse as an example of a really boring person who made great art work and didn’t go insane and self-destruct. 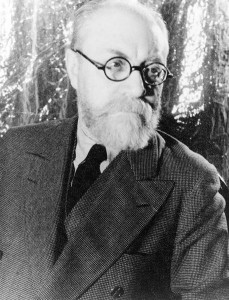 I would always counter Marilyn’s Matisse with Caravaggio who was NOT boring at all and made even greater work. 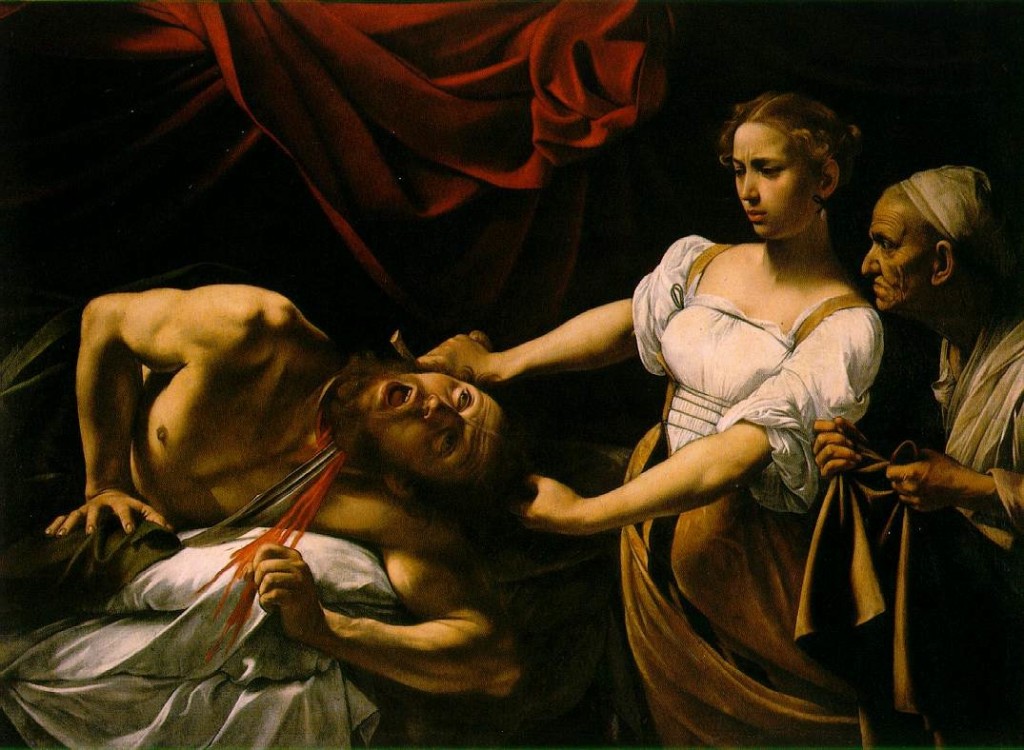 Now that I am no longer in my YOUTH, I am glad to be the Matisse variety.  If I were Caravaggio, I’d already be dead of infection after years of dueling, brawling, and being banned from entire principalities.

I do not wish to die from infection after dueling and brawling.

I am boring and I’m proud.