My mom just turned 70 and I’m putting a “subscribe” option on the blog here.

These two events aren’t really related other than my mother asking, over dinner last night, how the hell I’m making a living now that publishing advances for mid-to-low list novelists have evaporated.
“Uh..I’m teaching yoga and writing TWO books and endlessly poking at the idea of a movie I want to write?” I ventured, hoping it sounded like enough since I come from a long line of workaholics.
My mom looked concerned.
“I’m not making much money.” I shrugged, “but, you know, I’m going to put a “subscribe” option on my blog. Like a magazine.”
My mother didn’t look all that reassured, but she had other things on her plate. Namely TWO birthday cakes. 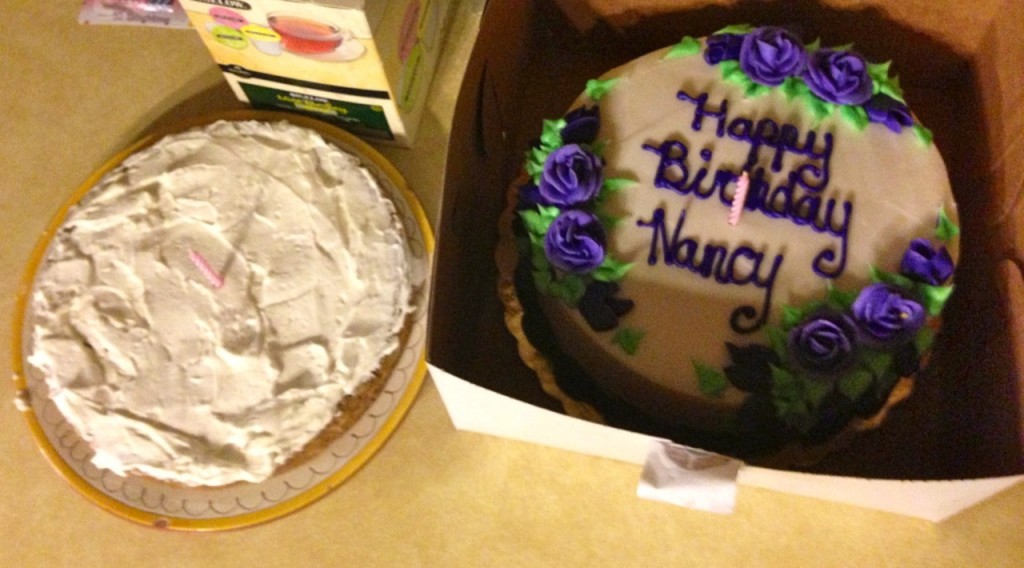 When my brother Jon and I figured out, through the help of our cousin, Colleen, that our mother was turning 70, we arranged to both descend on her farm in Maryland. We also decided to make a cake, and that this cake should be something slightly exotic. I sent out feelers to my friends who actually like food (Laura the Hot Farmer and Deb the Vegan Cupcake Maker) and got some recipes. Deb’s coconut/lime cupcake recipe seemed to best fit the bill.

Jon is more experienced at baking than I am, but that’s not saying much. Plus, we weren’t working under ideal conditions. Jon had been up since 5 am feeding horses and mowing fields, and I had taken Mickey on a long hike and gone swimming (yes, I have always been the family layabout)  for the first time in many months, so I was exhausted. Jon and I had a 90-minute window of time to work in the kitchen, with my mom’s fifteen poodles “helping” (Mickey stayed in the barn apartment, napping, as he is terrified of poodles.)

Halfway through our frenzied baking session, as we tried to remember which ingredients we had already put into our late grandmother’s mixer 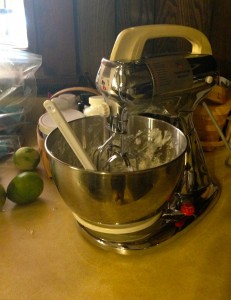 and which ones we’d forgotten, our step father Neil came in brandishing a birthday cake from a bakery.

Of course, THIS cake looked beautiful. And Neil was deflated to find that we were going to steal his thunder with a homemade cake.

“Two cakes are better than one.” I said and Neil seemed slightly cheered.

Jon and I did our best with the coconut lime cake but seem to have forgotten SOMETHING. We baked the cake and it came out of the oven looking like a PANCAKE. We left it to cool and Jon went out to do evening Horse Chores. Mickey and I “helped” by riding with Jon on the “Mule”, the thingamajig that hauls grain and hay and pitchforks out to the fields. 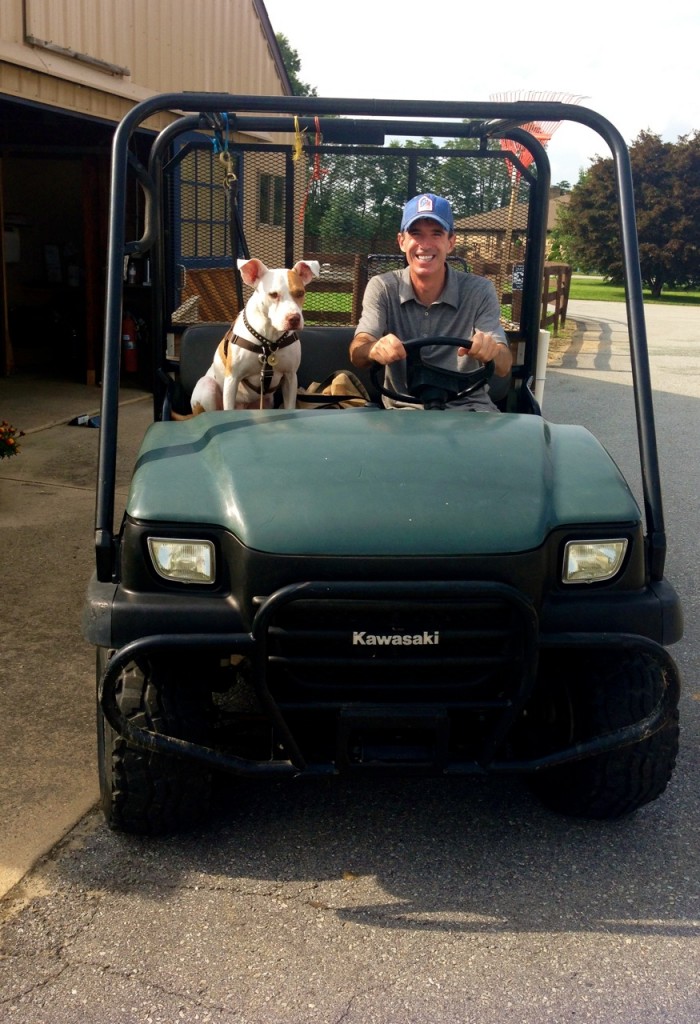 By the time we had eaten dinner and sung a highly unglamorous rendition of Happy Birthday, it was late, and it’s possible our mother might not have noticed how FLAT her coconut lime cake was, but Jon and I pointed it out anyway, lest she think us complete idiots.

It was so late that that my photos of our mother slicing the cake were blurry and not flattering so instead, here is a photo of her with Jon and Molly the Poodle in front of the barn.

I brought home one slice of the Pancake Coconut Lime Cake for my boyfriend and he claims it TASTES great even if it looks like something a deranged and eggless peasant made in Spain in 1370.

And now my mom has successfully turned 70 and my friend John (not to be confused with my brother Jon) has kindly installed this SUBSRIBE option on the blog and I hope you will subscribe.

Here, as a little nudge, is Amanda Palmer’s excellent TED talk, The Art of Asking. I’ve posted it before, and perhaps you’ve already seen it, but it bears re-watching. This is the future for those of us who write and make music and paint. We’re not GETTING you to pay for our work, we’re ASKING.