I was supposed to go get my gums SCALED tomorrow.

But I canceled. The idea of someone digging in my gums with small metal instruments was engendering borderline panic attacks. Particularly since this dental practice, the only local one to accept my shoddy insurance, is horrifying.

The waiting room was packed with unhealthy-looking people and squalling children. TV’s blared from every wall, ripped-up People Magazines were strewn across industrial carpeting, and there were ominous oily smears on the faux-wood paneled walls.

The hygienist I saw had an Eastern European accent, cruel eyes, and laughed at me when I said I was afraid of dentistry. I’m pretty sure she would have sliced my tongue out and eaten it if I’d kept my appointment.

Dentistry always makes me think of the poet Max Blagg. Max has a poem fetishizing a dental hygienist who, I believe, wears a black rubber apron. I can’t find the poem online, nor can I find Max to fact check all this but, in my memory, there are some serious antics involving teeth, rubber aprons, and a hot hygienist. 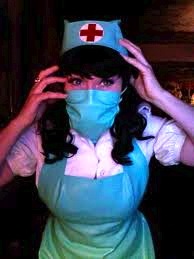 Yesterday, I read an article about a forthcoming interview with the novelist Martin Amis. Among other topics, Amis discusses regret over demanding a 500K advance, for his book The Information. Apparently, there was a lot of hoopla about the outrageousness of such a large advance. Brit tabloids claimed he wanted that chunk of change in part so he could spend it on cosmetic dentistry.

In fact, Martin Amis’s horrendous teeth were going to kill him and all he did was get them fixed enough to NOT kill him. And anyway, a 500k advance is a drop in the bucket if one considers TV writer Lena Dunham’s irksome 3.7 MILLION DOLLAR advance for an advice book.

I just read an article in the Daily Beast about the ongoing death of book publishing. It made no mention of the bloated Lena Dunham advance, but did cite the “gatekeeper” aspect of publishing whereby a few people from similar privileged backgrounds decide which books will be pushed while the rest of the books lie gasping for breath.

The other day it was revealed that, because JK Rowling can’t bear all the fanfare surrounding her own oeuvre, she assumed another name and published a crime novel, The Cuckoo’s Calling, that got good reviews but sold 449 copies. Now that she has been unmasked as its author, it will sell literal boatloads.

It’s all fairly stupid. I mostly try NOT to think about these kinds of things.

I write  to stay sane and because I LOVE when someone tells me I made them feel something. But it is sometimes difficult to shut out the CHATTER in my head. The Brain Monkeys that say if I am to publish a new book the old school way, (in paper, through a major publisher) it has to have some sort of HOOK, be identifiable as something FAMILIAR, something that already exists. 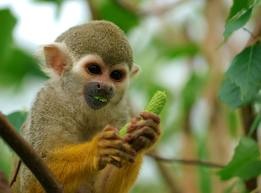 A few years back, an editor at Little Brown, the publisher of the JK Rowling crime novel, rejected an early draft of one of my current books-in-progress. She said the work was too strange and ANTIC, that it would take an editor braver than herself to publish it. I remember scratching my head thinking: Antic? It just seems NORMAL to me. I write what I know. Apparently, what I know is ANTIC.

I don’t save these rejections. I don’t save anything. I like to just keep MOVING FORWARD, trying to keep the Brain Monkeys quiet.

Perhaps the moral of this story is that I’m holding off on having my gums SCALED not because I’m terrified of the Discount Dental Office, but because I am waiting for my teeth to fall out of my head so I can suffer enough to force myself to understand and generate a non-antic book.

Or maybe I just need to bite the bullet, learn to fetishize dental hygienists, and get my damn gums SCALED. 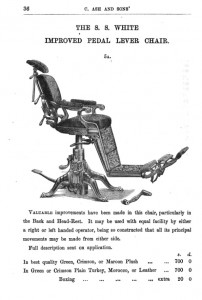