A few days ago, I flew from Albany to Seattle to perform at the Bumbershoot Festival.

I remember my shock the first time I went to the Northwest about 15 years ago. I couldn’t believe how beautiful it was. I wondered why no one had told me that people actually lived like this, NOT packed in like rats, NOT dealing with 80 feet of snow in winter and 120 degree heat index in summer.  I had thought this sort of idyllic living was only accorded to the inhabitants of a few Mediterranean countries and possibly Marin County. 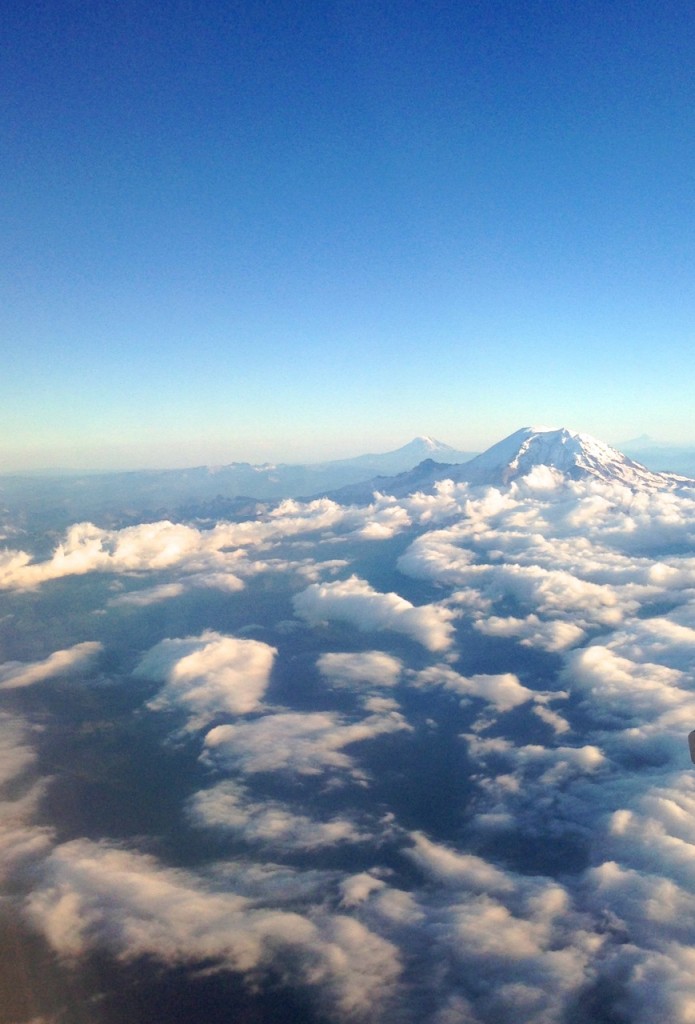 Of course, I’d been a New Yorker so long, I found it slightly DISTURBING.  Like living a life with so little environmental stress might erase my brain.

All the same, I love going to Seattle.  Except the getting there part.

In Albany, the churlish, skeletal flight crew (clearly a New York-based crew) was one step shy of throwing lye in the passengers faces if we asked any questions or wanted a glass of water.

I changed planes in Newark and when I got to the long, snaking line for the Seattle flight, my stomach knotted.  There were 15 children under the age of five. And some newborns for good measure.  And a TOTALLY FULL FLIGHT. 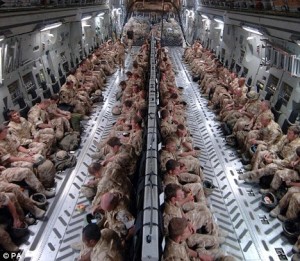 I waited till the last minute to board.  All the children and bigger people were settled.  And, weirdly, they WERE ACTUALLY SETTLED.  It was shockingly quiet for a full flight. I lumbered down the narrow lane, expecting seat mates drenched in perfume, feeding hunks of bologna to squalling infants. But my row was EMPTY.  Every other seat on the plane was taken yet I had a three-seater to myself.  It’s like they knew to isolate the New Yorker.

The flight crew, mostly dudes with longish hair and less-than-crisp airline uniforms, were casually wandering around saying “awesome” and “have a good flight, man” to passengers.

I spent a peaceful six hours working on my laptop.  Only one infant squalled and, when it did, its mother, a happy-looking young woman, strolled the infant up and down the aisle till the child started beaming and gurgling.

At the end of the flight, people rose from their seats QUIETLY and actually waited until instructed to open overhead bins. I noticed a woman in the next row.  She was flanked by two teenaged daughters. They got up, stretched their sun-kissed limbs and ruffled their no-nonsense hairdos.

Then,  a man and two teenage boys rose from the row in front of them.  The man turned to face the woman, seemingly his wife of many years, and kissed her passionately.

It’s not like I’ve never seen long-married couples kiss passionately at the end of a  crowded flight with their four teenage children.  Okay.  Actually, it IS like that.

These people were HAPPY.  It was this really weird moment of realizing:  People who live so-called conventional lives with steady jobs, children and long-term spouses don’t all watch Fox News and give each other automatic weapons for Christmas.  There are NICE, decent “ordinary” people in the world.  Or at least in Seattle.

At the airport, I was met by two radiant young women in BUMBERSHOOT Festival T-shirts.  They both had flowing golden hair and long tan limbs.  They led me to a van driven by a Jason-Statham-Meets-Henry-Rollins -looking man named (conveniently enough)  Jason who, it turns out, is an arborist, a member of the band Rosharch Test, a father, a mountain climber, an IT guy, and an organic vegetable grower.  I’m unclear on what he was doing driving festival participants around, but he was certainly a fine chauffeur.

By the time my cohort Amanda Stern and I headed over to the actual festival grounds the next day to prepare for our reading, we’d both had happy Seattle experiences.  Good cheap food. The purchasing of incredibly inexpensive but interesting clothing.  Amanda was propositioned by several  homeless men and one well-to-do woman. 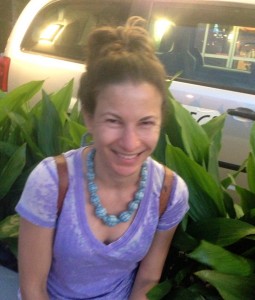 Things took a turn for the weird when we found our way to the theater where we were reading.  Our leader, Jonathan Santlofer, editor of the anthology The Marjuana Chronicles, had had a family tragedy and was not able to come. The comic Matt Besser,  known for comedy involving weed-smoking stories, had been assigned as our MC.  A few minutes before taking the stage, Amanda and I were REALLY glad for this:  As we stood in the theater wings peering out at the audience, we realized they were not expecting a reading.  They were expecting a discussion about weed and perhaps some anecdotes and Q&A.

I haven’t smoked pot in years. Amanda smokes a tiny bit once in a while.  We  are hardly experts.

Fortunately, Matt Besser cracked the audience up for 15 minutes straight and set a good tone.  Amanda and I read briefly then joined Matt in engaging with the audience — comprised of a lot of stoned people.

After the reading, I was graced by the appearance of Steph Renaud, a fan I had met on my first trip to Seattle.  Amanda was busy being courted by a pair of dudes from Montana who’d come to tell us about their weed dispensary.  They were stoned but also pretty drunk (one of them couldn’t stop hiccuping and Amanda couldn’t stop yelling “Stop hiccuping”) and I doubt they have any recollection of attending the event  or meeting us so I think it’s okay that I can’t remember their names, but here is a picture of them. They were sweet — in a hiccuping drunk stoned way. 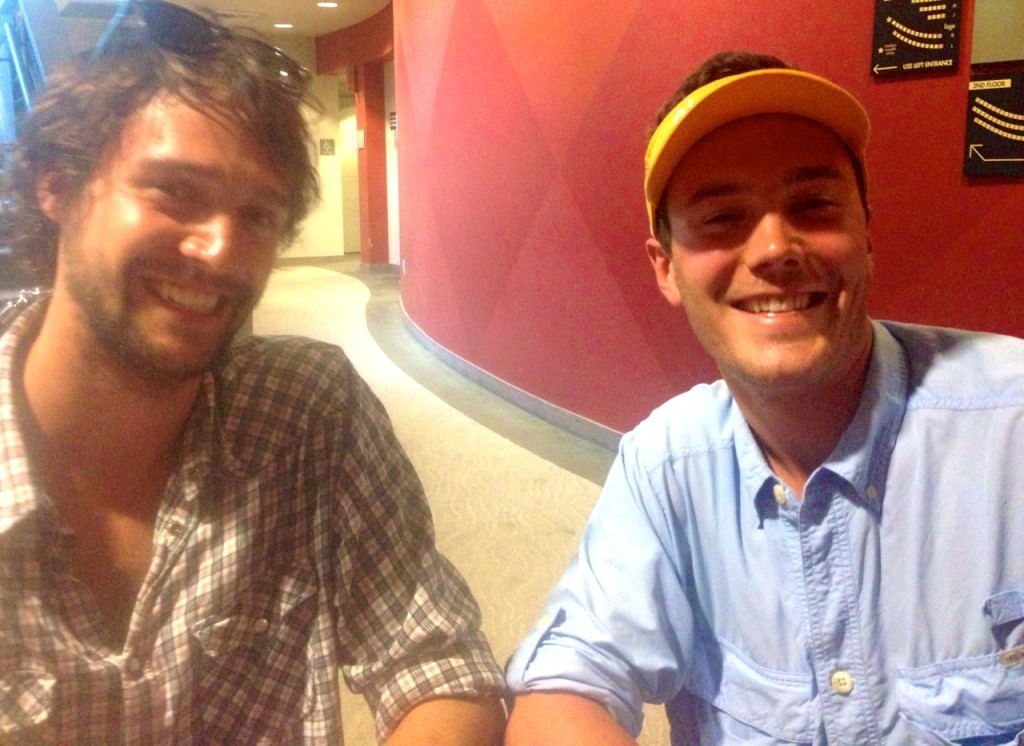 Then, Amanda and I went off to be rock stars.

We had performer passes and this gained us entry to an artists lounge featuring FREE FOOD, clean bathrooms, the opportunity to mingle with famous musicians we’d never heard of, and, most important FREE HAIRCUTS.

No, I don’t usually go to rock festivals looking for free haircuts.  But there they were, Rudy’s Barber Shop,  giving out free haircuts and I had JUST been volubly complaining that my mop needed trimming and Amanda’s tresses needed tending too.

I was taken in hand by Caroline, a lovely Seattle native whose family has been there for many generations.  Caroline has been cutting hair for thirty years and LOVES cutting hair and has not once had Hair Cutting Burn Out.  She also has two Persian cats, one with cataracts. 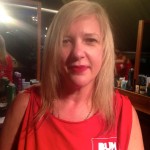 Pleased with our fresh haircuts, Amanda and I then partook of the free photo booth.

Next,  in anticipation of flying home having to either starve or buy  airport food, we went and STUFFED OUR BAGS WITH FREE FOOD.  Like batty old ladies at an early bird buffet.

We dutifully listened to one band (Deerhunter) after dutifully missing most of the bands and acts we were interested in and/or friends with.

Then, we were tired.  We caught the Bumbershoot Shuttle back to the hotel,  hugged fiercely, and vowed future adventures.

In the morning, a young man named Max came to pick me up for the airport.  Max had some really good family stories, but they might be incriminating to his loved ones so I’ll leave them for him to tell.

Max asked about my story for The Marijuana Chronicles.  I said “I haven’t smoked weed in a long time so I wrote a story about zombie hookers.”

“You did?”  Max really brightened.

‘No offence,” he said, “but you don’t look like someone who would write about  zombie hookers.”

I never got to ask him what zombie hooker writers should look like.  We’d reached the airport and my first flight was to Chicago and the line for the flight was peppered with gruff Chicago people.

Chicago is a great city, but its weather is wretched. Its people act accordingly.  They are potentially some of the best people ever but, initially, they are wretched.

To wit, my friend Laura the Hot Farmer, who hails from Chicago, got totally bent out of shape when, on Facebook, I documented some of my Seattle adventures in iPhone self-portraits.

This morning, I woke up to an irate text from Laura (sent at 5:23 am)  informing me that anyone over the age of 18 who posts self-portraits on Facebook has misfiring neurons or is simply an idiot.

I don’t think the good people of Seattle would agree with her.

3 thoughts on “The Good People of Seattle”