I’ve had a horrible pain in my neck for years and now I’ve had it injected full of steroids.  I still have the pain in my neck but, presumably, the steroids will kick in over the next week or so and then I will finally be able to join the circus.

I have ruptured discs up and down my spine, metal plates in my leg and hip,  a torn rotator cuff, and am not particularly physically brave.  But I love and want to join the circus. Specifically, Bindlestiff Family Cirkus. 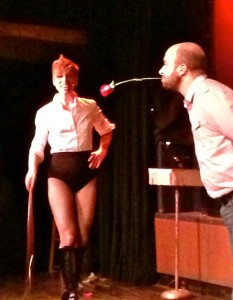 Stephanie of Bindlestiff Family Cirkus whips a rose out of volunteer’s mouth.

I have an in there. It’s conceivable they’d be willing to train me in the circus ways, but what the hell would I do?

Eat fire on days when I can throw back my head enough to let the flames lash my tongue?

Like Indio, the fire eater at Coney Island circa 15 or so years ago.

Indio gave me one fire eating lesson.  It didn’t go that well.   I shrieked.  Because I am a pansy. 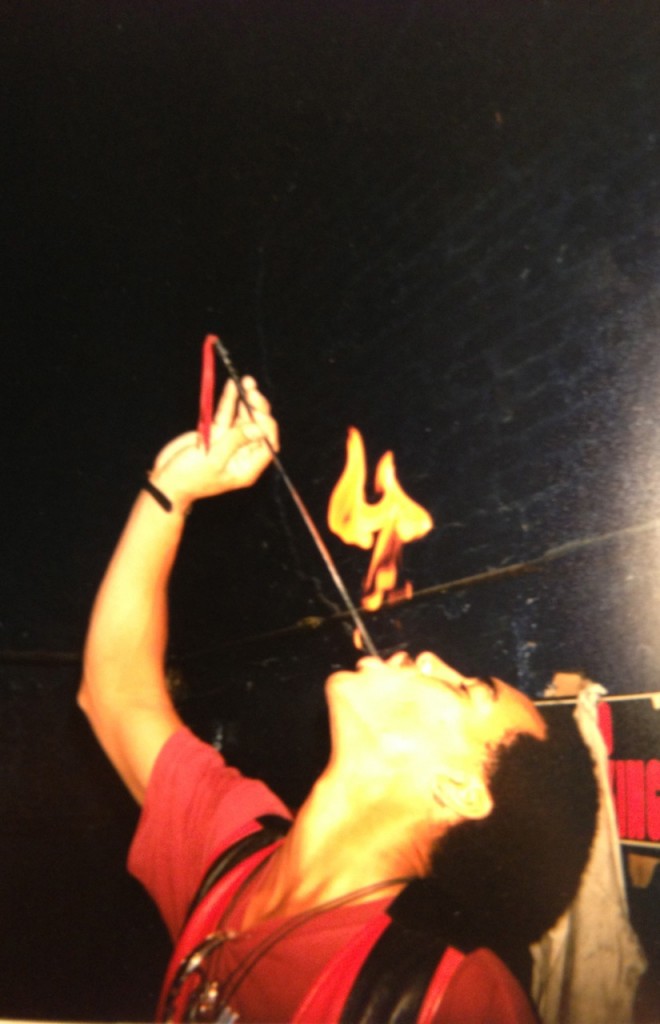 My dad was a rodeo rider.  He got on bucking bulls and stayed on as long as possible.  This was right after his stint in Korea as a paratrooper. He also hopped freights, fixed machinery, drank enthusiastically, and, without trying, befriended animals everywhere he went.  He didn’t particularly care for cats but they cared for him.  The man could TRAIN cats.  He could get horses, dogs and cats to do circus-type tricks just by LOOKING at them and, additionally, was incredibly tidy and well-groomed.  Not to mention wildly physically fit. He died young, but he’d live fully. 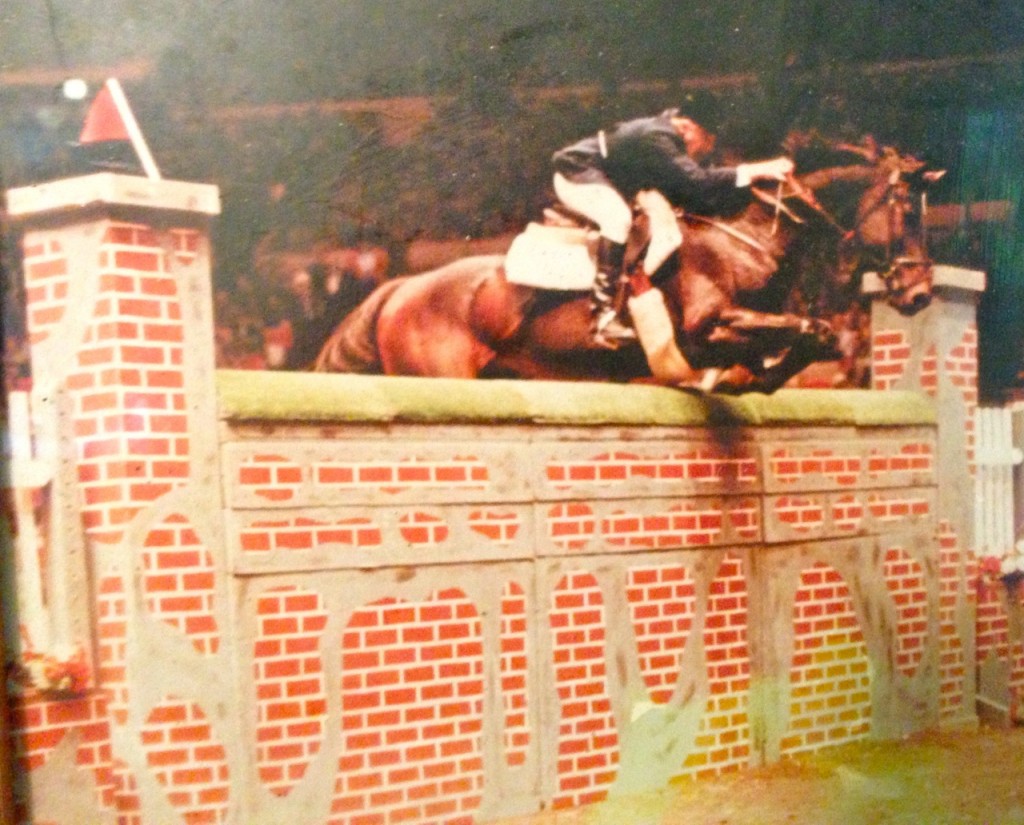 My mother, who will very likely outlive me,  also has super powers. Horses, dogs and cats do her bidding — not out of fear or coercion, but just because they want to.  She’s got the mojo. She is also, at 69-years-old, a Size Two without an ounce of fat on her body.  She’s a bit hobbly from having been kicked, thrown, bitten, and stomped on by horses through the years, but she is seemingly made of steel. 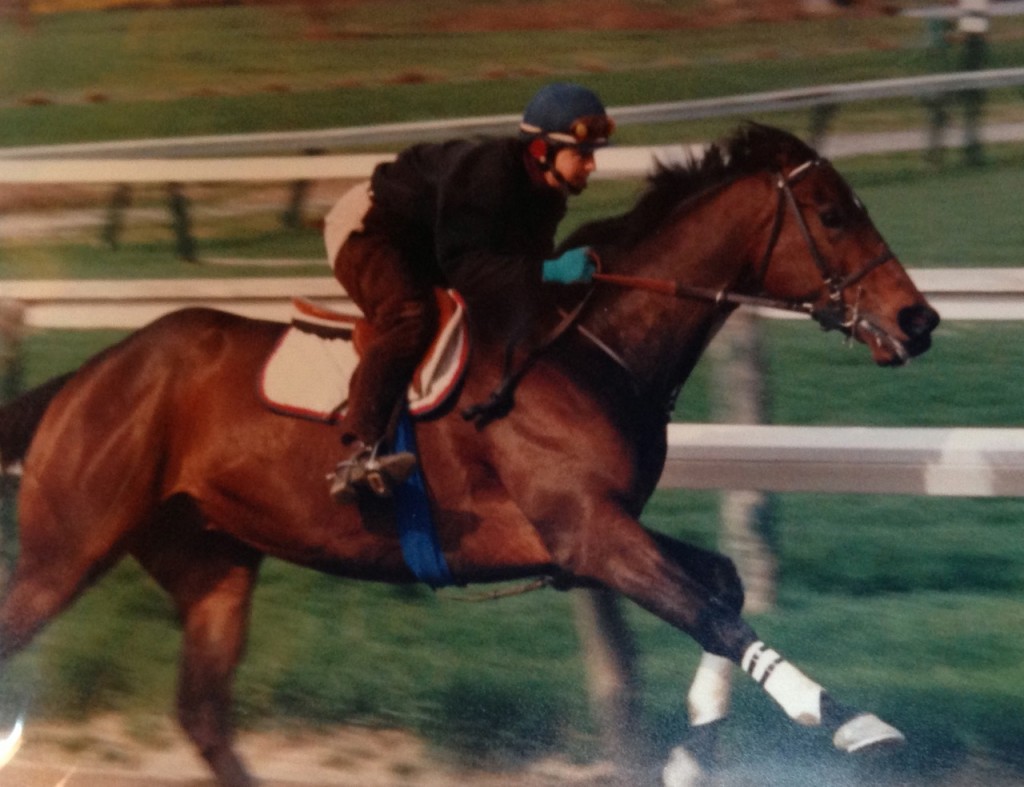 Mom, Nancy Murray, galloping one of the horses she trained at Delaware Park.

My brothers, Jon and Chris, live in Colorado and are extreme skiers. You know, those guys who trek up to the top of really high mountains and then ski down, sometimes narrowly avoiding the avalanches.  They also scale cliffs with bare hands, ride mountain bikes up vertical, rocky paths, and do other super-powered things.

Which is to say, I’m the pansy of the gene pool.

I briefly raced bicycles, but quit after my second crash.   I’ll get on a horse who is over the age of 15 and, ideally, has had a previous career as a police horse and is not prone to having horse-like reactions to ANYTHING and will keep me safely on his back even if an asteroid lands at his feet.

Yes, I can do a few circus-trick like things with my body thanks to yoga, but even that was getting difficult with the constant PAIN IN MY NECK.

So, with TREMENDOUS trepidation and at the urging of my doctor, I decided to get steroids shot into my spine.

The idea terrified me. Not just the needle, but the steroids.   I’m REALLY sensitive to stimulants of any kind.  Maybe I overdid the methamphetamine in High School when my friend Bliss and I would inhale it in order to understand MATH.  I don’t know. But if I take even a fraction of a regular-person dose of prednisone, I turn into Felix Unger, cleaning everything in sight, chewing on the inside of my cheeks, and generally acting like a crackhead. 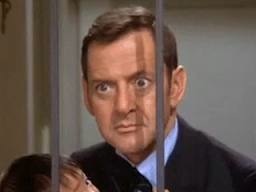 The idea of having giant pools of steroids injected into my spine was not my favorite idea. But the alternative was to go on regular pain pills or have my NECK SURGICALLY FUSED.

So I went to a pain management doctor, a small Polish man who pulled on my limbs and dug his fingers into my spine and cracked weird jokes that seemed to annoy his assistant. But I had Googled him extensively and he’d gone to fancy medical schools and did not appear to have killed anyone. 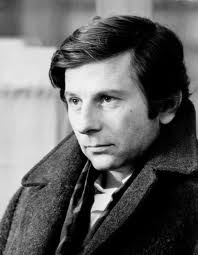 He cackled and, in his thick Polish accent said: You’re not supposed to tell me that when I’m holding a NEEDLE.

Then he jabbed the needle into my spine.

Some of the possible side effects of this procedure are: death, paralysis, infection, blinding headache. To my amazement, I don’t seem to have any of them. I feel a little racy and spent an inordinate amount of time pulling up weeds in the garden, but I am neither dead nor paralyzed.

Still, I’m not quite ready to join the circus.

For now, I’ll get back to the business of novel-writing. I’m stuck on a scene where an addled rich woman, an elderly Scrabble maven, and a lugubrious Irish horse whisperer are holed up in a trailer in rural Maryland, playing Scrabble. I’d better get them out of there before someone gets hurt and needs their spine injected with steroids.

3 thoughts on “When Someone Jabs A Needle Into Your Spine”