This morning, idly glancing at the Twitter feed on my phone while spooning gruel into my mouth, I clicked on a link to a blog post entitled “You’ll Never Be This Cool: Women of a Certain Age Edition” written by Michele Tea.

Michele Tea has some serious feminist and literary cred so, all the more surprising that she doesn’t see what she’s doing here.  In short, she’s lumping all women over 40 (including some who are so far over 40 that they’re DEAD) into the “Women of a certain age” category.  This includes Emmanuelle Alt,  the incredibly hot and powerful  42-yr-old editor of Vogue. 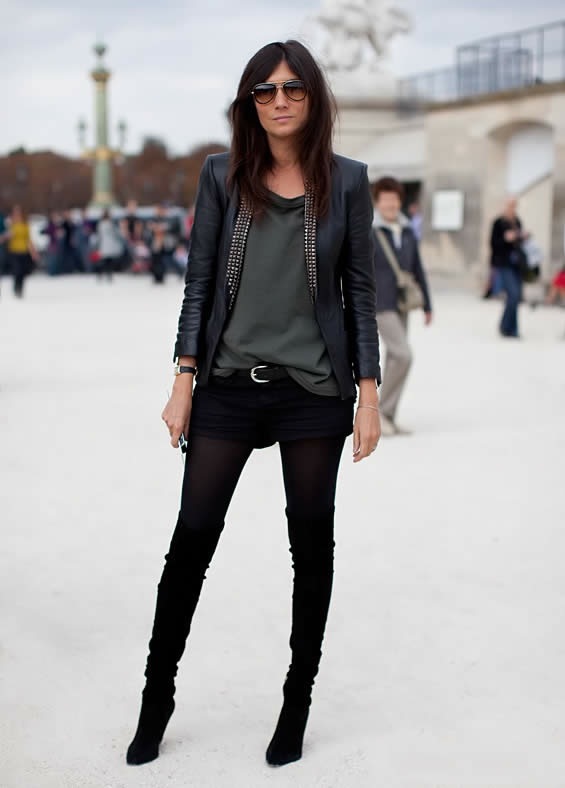 Ms. Tea means well, I’m sure, posting photos of eccentric, interesting women old enough to be Gaga’s grandma, but it’s not very well thought out (like anyone would lump 42-year-old and 80-year-old men into the same category of OLD) and ends up TOTALLY feeding the hype that a whole bunch of us are past our prime and can only distinguish ourselves by wearing garish outfits or being famous and, even so, we are still “of a certain age”.

Generally, I don’t go on about this sort of thing.  I’m reasonably confident, I look pretty good, I figure I’ll still look pretty good when I’m 90, if I make it that far.  But I hate to see a smart sister with lazy thinking.

I’ve had some Botox injected into the area between my eyebrows, the frown spot,  because, while I’m fine with crows feet, perpetually tired eyelids,  and all the other things that happen to faces and bodies as they march through the years, that one little spot feels like the spot where bad thoughts collect. By paralyzing it with botulism, I discourage bad thoughts from coming.  Seriously.  I feel like it works.

But that’s it for me.  No face lifts or liposuction or implants.  One, those things are expensive but, more important, they usually end up making the person look REALLY FUCKING WEIRD, a walking placard that screams: I HATE MYSELF.

Even when I was really young, I found old guys as attractive as young guys and that’s never really changed. I find some 75-yr-olds as hot as some 22-yr-olds.  But, as any of my friends will attest to, I have “weird” taste.  I don’t see the physical vessel as much as the spirit it’s carrying. I think that’s why I inject my frown spot with botulism.   I feel like it’s the one area of my body that advertises worry,  that works against the basic tenets of my spirit.

Maybe that makes no sense at all.  But that’s okay.  I don’t claim to make sense.

I do claim to despise the very expression “women of a certain” age though.

2 thoughts on “I Will Be Hot At Ninety”