So, my new apartment isn’t working out that well.  It’s like living in the East Village in the 1990’s, except Stephin Merritt of Magnetic Fields lives down the block now instead of directly overhead.  We apparently follow each other everywhere, though we don’t know each other well.   I adore Stephin Merritt, not only for his magnificent music, but for his recent adopting of Zydeco,  a 17-year-old Chihuahua with medical problems. 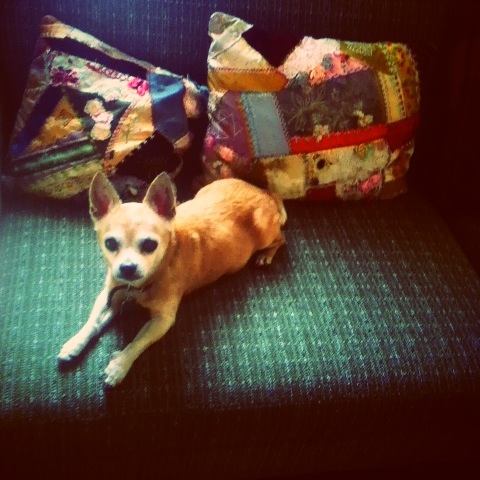 Stephin is safely ensconced in a lovely townhouse down the street and I no longer get to hear him composing 69 Love Songs in its entirety through my apartment ceiling.

The neighbors I do have are distinctly less musical.

There is the inexplicable late night banging from the Indian couple across the way.  Around 11:30 at night, they begin DRAGGING AND BANGING.  They seem lovely when glimpsed from a distance, but, obviously, they are up to something REALLY HORRIBLE.

Then there is the older lady downstairs who has an endless stream of visitors who come in and out of the big fenced yard that was a lure for renting the place. The visitors leave the gate yawning open so that more weird people can wander in and frighten Mickey when he’s trying to pee.  Plus, many of them are drunk or loud or both.  One of them would not stop talking at me and asking me for things.  He was really drunk. Teetering.  I probably could have pushed him over easily, but I don’t want to push people over, unless they’re students in one of my yoga classes. There,  whenever I walk near, people start trying to self-correct wonky alignment and then fall over.

Maybe I should correct the drunk guy’s alignment.  But he would like it too much.

So I’m looking for another place to live and the indignities abound.  Many rentals don’t take dogs.  The ones that do are often as expensive as Brooklyn rentals.  Or really nasty and loud and ugly.  And I have this (apparently) wildly ambitious aim to find a place with a yard I can get to without traipsing through multiple halls and doors and stairways.

To this end, I went to look at the apartment of my friends Therese and Sarah who are moving to Albany where Therese will embark on a stand up comedy career (she is very young and very funny) and Sarah will presumably begin a shoe design business. 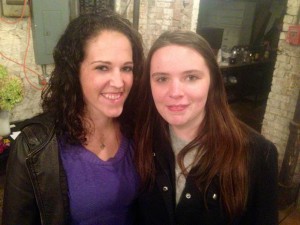 When I asked about one of the closets in the living room, Therese said, “Go ahead, you can look inside.”  So I did.  And there were shoes.  Many many shoes.  Many SEXY shoes.

“It’s Sarah’s shoe closet.” Therese said in a way that implied she greatly enjoys having a girlfriend with an entire closet full of sexy shoes.

But the apartment wouldn’t work for me.  No fenced yard and stairs and halls just to get outside and Mickey has a little arthritis coming on and needs to minimize his stair-climbing.

Perhaps we’ll end up moving to my mom’s barn in Maryland.  Though nothing in life is free and my mom LOVES putting her offspring to work.  When my brothers visit, they spend every waking moment fixing stuff, mowing, plowing, dealing with horses, horse laundry, horse feed.  I would be worked to the bone if I lived in my mom’s barn.  Plus, her poodles would terrorize Mickey every day. The whole thing about what even-tempered dogs poodles are?  Total lie. My friend Porochista’s poodle is endlessly bossing around the pit bulls at his dog run. 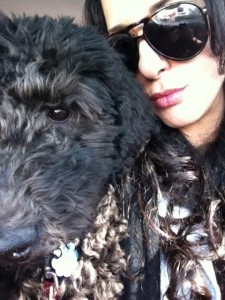 My mom’s poodles bark and lunge at Mickey as EVERY SINGLE POODLE we ever encounter does.  Mickey, who, as I often mention, has no idea he’s a PIT BULL, cowers and trembles.

So no barn-dwelling for us.

I realize I’m a realtor now and should be able to manifest dreamy little shacks with  yards but, so far, all I’ve been able to manifest are gorgeous houses and farms I couldn’ t afford even if I wrote seven bestsellers optioned for film by the Coen Brothers.

So the search continues and I will keep on peering into the closets of strangers.   And hope to find them all full of sexy shoes.