I spend a lot of time in the cemetery.  Not out of some Goth ethos, but because it’s a beautiful cemetery. 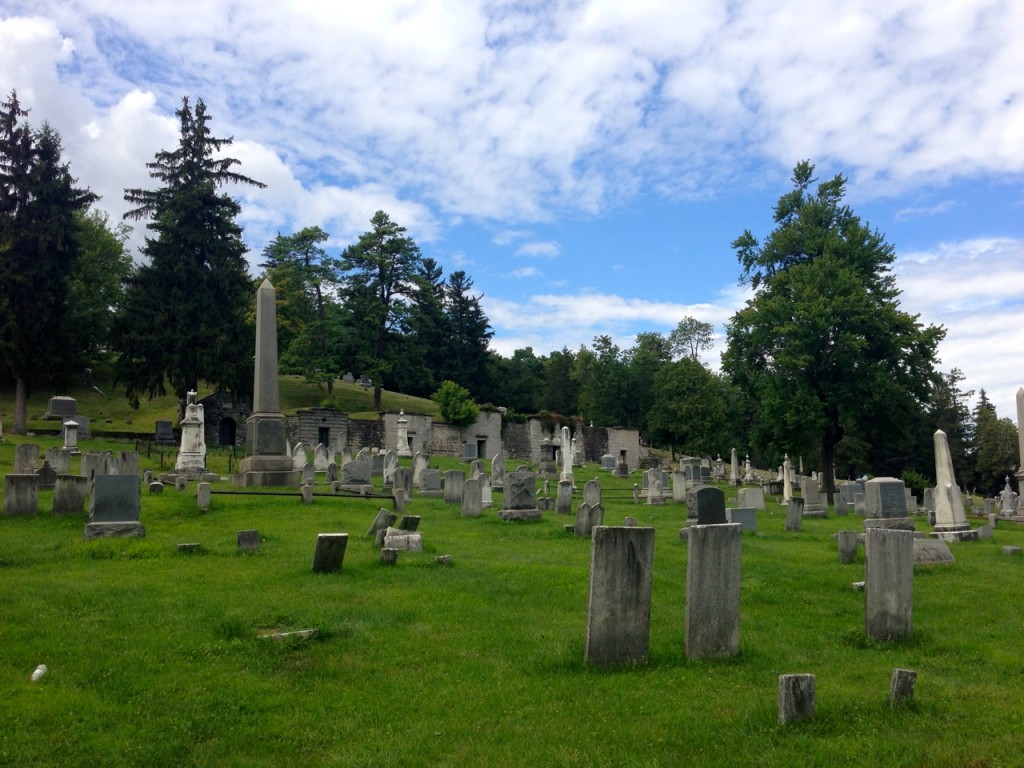 The cemetery serves as this small city’s lone good-sized park.  People walk dogs there, jog, meander.  There are magnificent trees offering shade on steamy days.  Also, there are many very old (by American standards) tombstones.  They are lovely in their decay.  Evocative.  Good places to look for character names too. 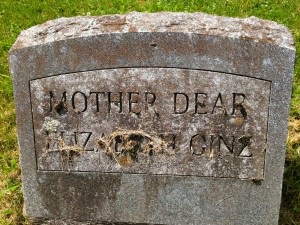 It was while meandering the cemetery last summer that I came up with the (admittedly absurd, but, to me, enchanting) idea for the short story Zombie Hookers of Hudson.  It’s not a sinister cemetery, so my zombie hookers aren’t sinister either.

What is sinister though is the potatoes.

Someone is leaving POTATOES all over the cemetery.

A few days ago, Mickey suddenly lunged at a bush.  I thought he was hunting a rodent, but no.  He was hunting a giant pile of food left behind this bush. 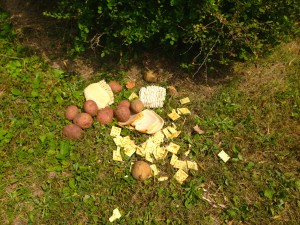 These things weren’t left on or even near anyone’s grave.  They were behind a bush.

Sometimes there are people in parked cars in the cemetery.  This is a little disquieting.  There are folks who go tend the graves of loved ones too, but I don’t know what these PARKED PEOPLE are doing.

The other day, I saw an older couple parked.  They weren’t making out or preparing to go tend a grave. Both seemed to just be staring ahead.  They didn’t smile or wave.

When, a little while later, we passed their parked car again, the man had gotten out  and was slowly walking down one of the cemetery roads, CARRYING POTATOES in his hands. 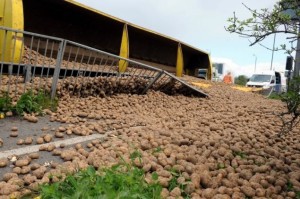 This reminded me of a story I read a long time ago about a trial for obesity treatment.  Morbidly obese people would check into a clinic and be put onto a strict diet.  These were very large people.  They could not fit into bathrooms and so,  periodically, nurses helped them get cleaned up. A nurse was sponge bathing one of the patients when, within the folds of the man’s flesh, she found POTATOES.  He had snuck them in, fearing intense hunger.  And they HAD BEEN COOKED BY HIS FLESH.

Today, we went to the older part of the cemetery.  People don’t park here, or tend to the graves much.  The dead are too long-dead to still have relations in the area. There are a lot of deer in this part of the cemetery. The deer are unafraid and stand staring at the dogs, even when Stevie barks at them or Mickey makes the high-pitched squeaking sound he makes when he’s not quite sure how to behave. He knows there is some traditional Dog v. Deer response he’s supposed to muster but he isn’t sure what it is.  Barking is pointless, chasing them has, in the past, resulted in his getting lost and injured, but, still, he’s a dog and they are deer.  They shouldn’t just stand there taunting him. Yet they do. They are unflappable deer.

We walked on past the unflappable deer and the dogs started rolling in the grass. Both of them.  Over and over and over. 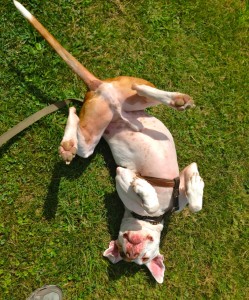 They would walk a few steps then plop down and roll.  Again and again. 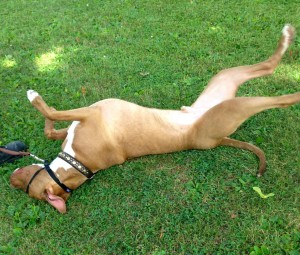 So I started rolling too. 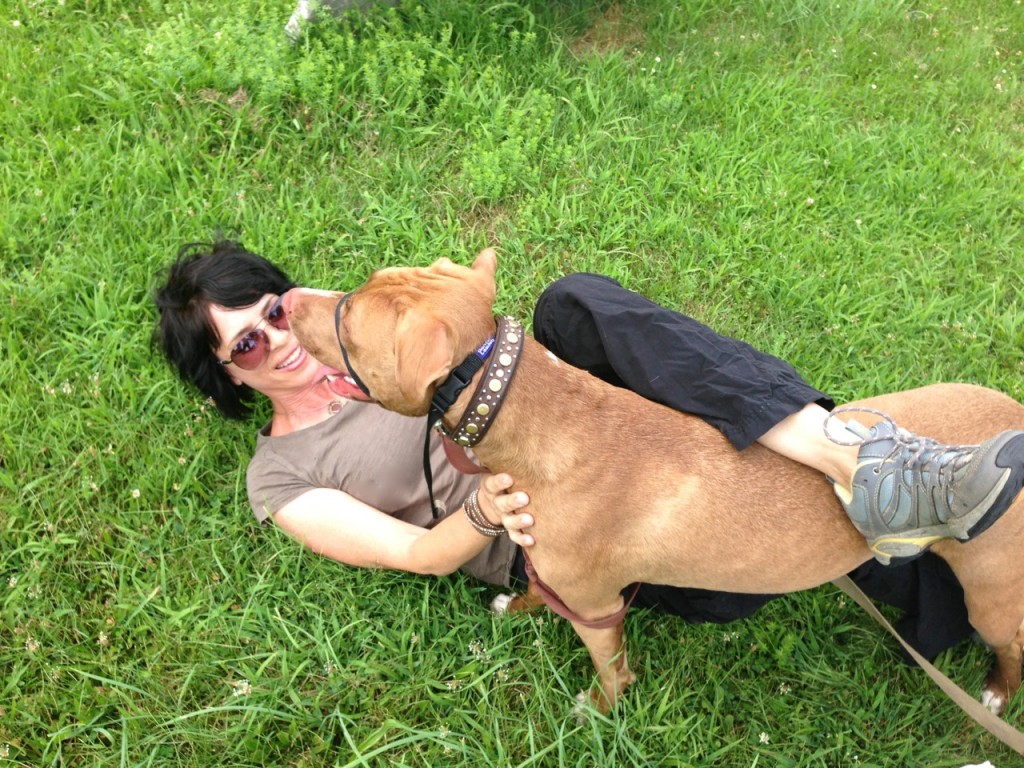 Then, the man I’d seen carrying potatoes walked by.