My friend Thom Greaney died on Sunday.  My first reaction was total disbelief.  He couldn’t possibly be dead.  He wasn’t old.  He was full of life.  He’d survived 25 years as an NYC Firefighter.  9/11.  The whole bit.  He was a surfer.  A farmer.  A handsome man.

When he retired from the FDNY, Thom took up organic vegetable farming in Olivebridge NY where we were neighbors for a while.

He was one of the most vigorous humans I knew. His back hurt and he had various other ailments that would flare up some day more than others, but  he was always doing things with tractors and shovels and power tools and hoop houses. 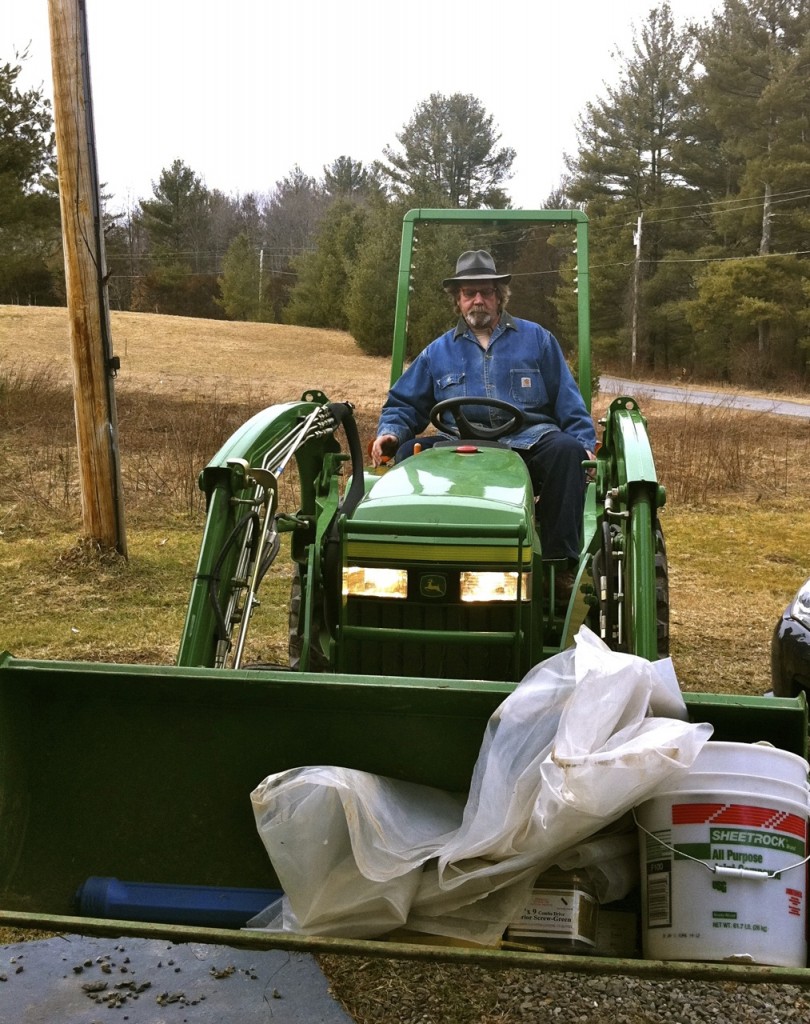 He dug and planted and also endlessly tinkered with his house, a work in progress that he would sometimes threaten to sell when it vexed him. The house had actually been the brainchild of his brother, who had died suddenly a number of years earlier.  Thom’s building  -and then continually working on – the house seemed like a way to keep his late brother with him.  Now they’re both together.  Somewhere. 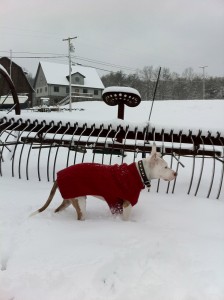 My friend Kate called to tell me Thom had died.  He’d been sick but hadn’t told many people.  Definitely hadn’t told me.

Then, I was angry. I thought I was angry with Thom, then realized, no, I was angry at myself.  I’d had a little voice telling me I ought to go over to Olivebridge to visit.  But there were always things to do.

We all always have things to do. And then people we care about die.

So I was angry with myself.  Then that abated and I just wept and missed Thom.

Today was his funeral, out in Rockaway, where he’s from.

One of the things Thom used to rib me about was what a brazen hussy I was to write about the Rockaways and get things wrong.  I always had small details off.   And he’d point them out.

I never got to show Thom an essay I wrote recently that makes mention of Rockaway.  Actually, this blog post was meant to be about the anthology that essay is in, or, specifically, a reading I’m doing for the anthology, but I was thinking about Thom too much.

Let me pause here to say:  Goodbye To All That, a collection of essays about people who loved and left New York City.  I’ll be reading, along with “Darling” Chloe Caldwell, Dana Kintsler and editor Sari Botton on Fri, Feb 7th at Oblong Books in Rhinebeck NY.

Now, back to Thom.

In the essay, I wrote about riding my bike out to Rockaway, to what felt like the very end  of New York City. I think Thom would have liked the essay.  Though he’d have found something in it to rib me about.  He always did.

Here is Thom in his hoop house, with his strawberries, last spring.  He was showing me the gnome he’d picked up at the town dump.  He said when the gnome was done scaring invasive species from the hoop house,  it could  could come live with me.

I don’t want to be one of those creepy people who, after a person dies, contacts the family asking for a promised gnome.

I don’t know where Thom is now.  His body is in Rockaway, surrounded by family and friends, which is as it should be.

His spirit? It’s probably in the ocean. Surfing.

3 thoughts on “Goodbye To All That”