Some months back, as documented in a post at the time, my friend Tim Ebneth and I drove together to an opening featuring the work of our friend Richard Boch.

On the way, we came upon a box of toys left at the side of the road with a sign reading FREE TO A GOOD HOME.  Tim stopped the car and we took some toys. A lot of toys.  Here are some of them. 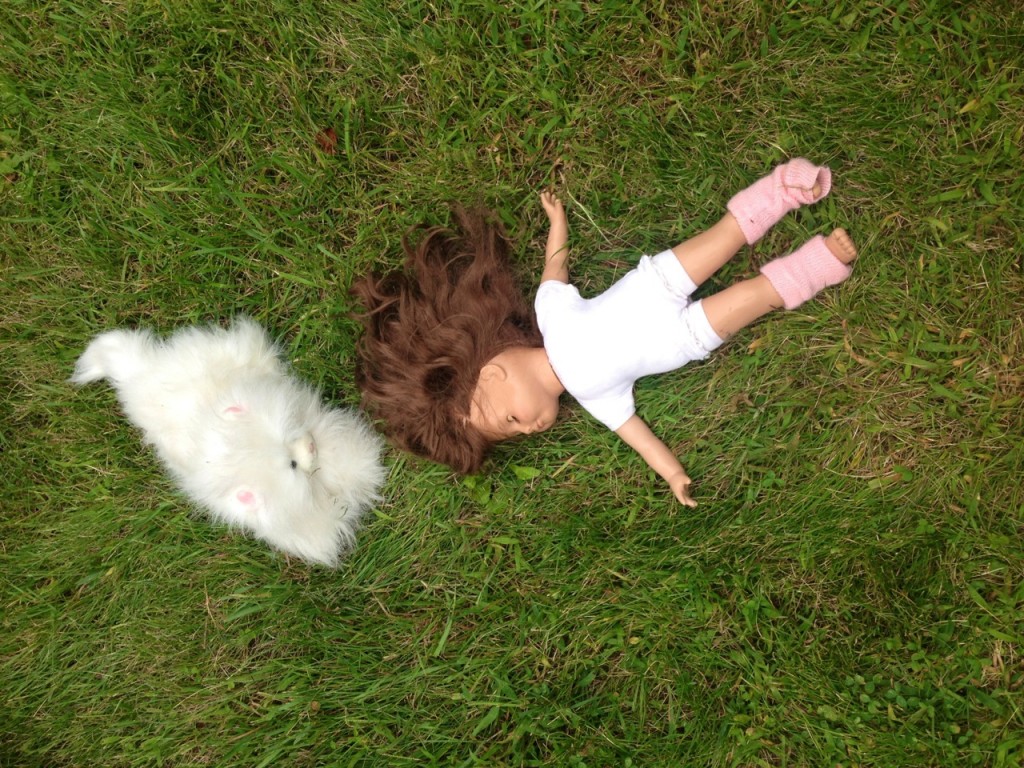 Tim then used most of these toys in an installation for his own art show last month.  It was an excellent show.  He sold lots of work.  Though not the toys.

Meanwhile, the picture of Tim clutching the KITTY CAT was widely circulated on Facebook. 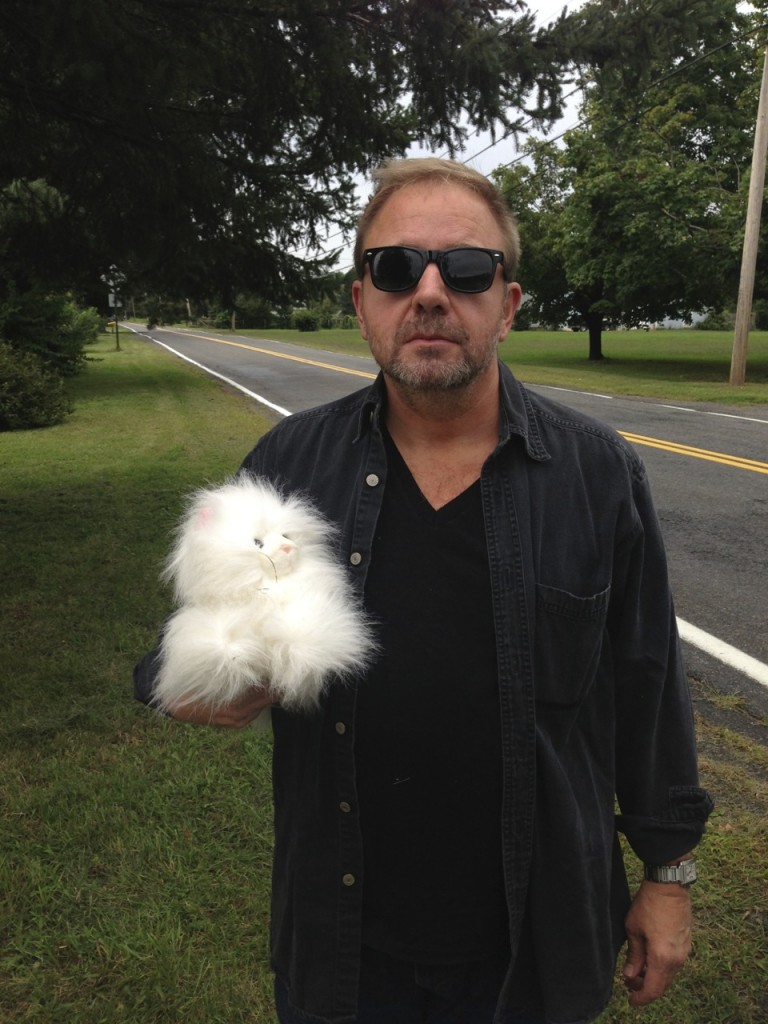 And  controversy started when Richard began calling the fluffy animal Tim was clutching a PUPPY.  I kept correcting Richard, telling him it is a KITTY, but he’s a stubborn man with species confusion and, to this day, talks about the time Tim stopped and rescued a PUPPY.

This is a woman who slits the necks of chickens and keeps bees even though she’s allergic to bees and beekeepers get stung.  Laura is so fierce and stubborn she has scared her bee allergy into submission, if not the bees themselves.

Also, she keeps insisting it was a stuffed PUPPY that Tim rescued by the side of the road. 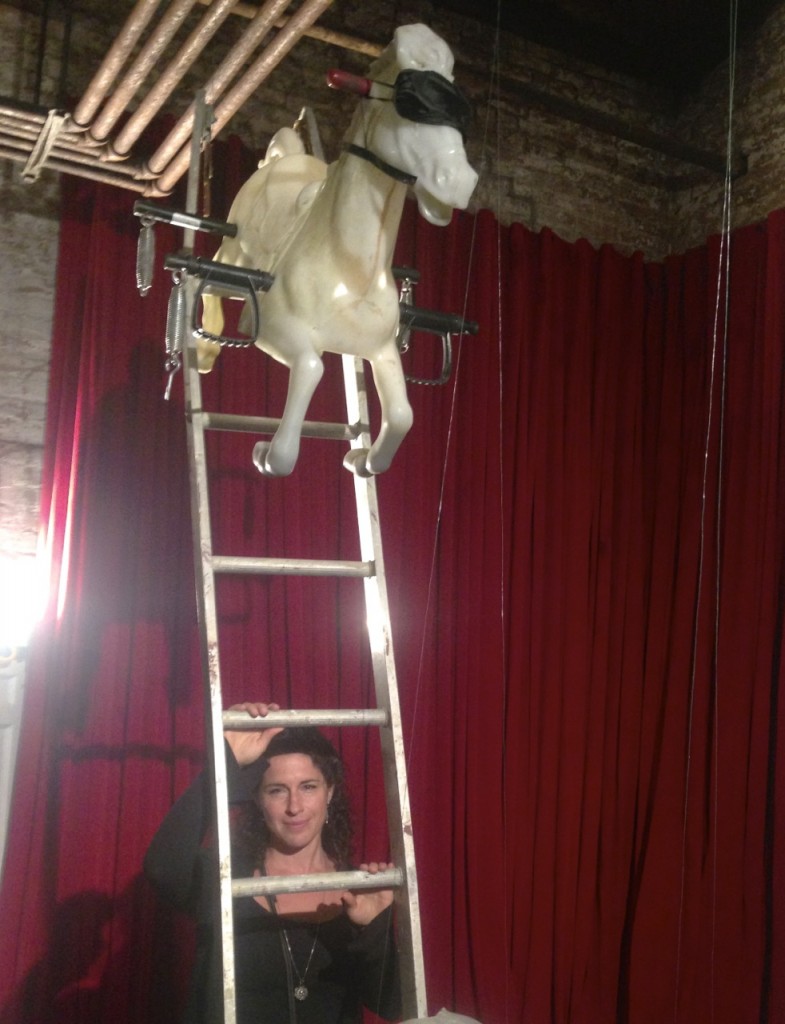 Earlier today, Tim stopped by to visit with Richard and his real life cat.  Tim brought the stuffed kitty to meet the real kitty. 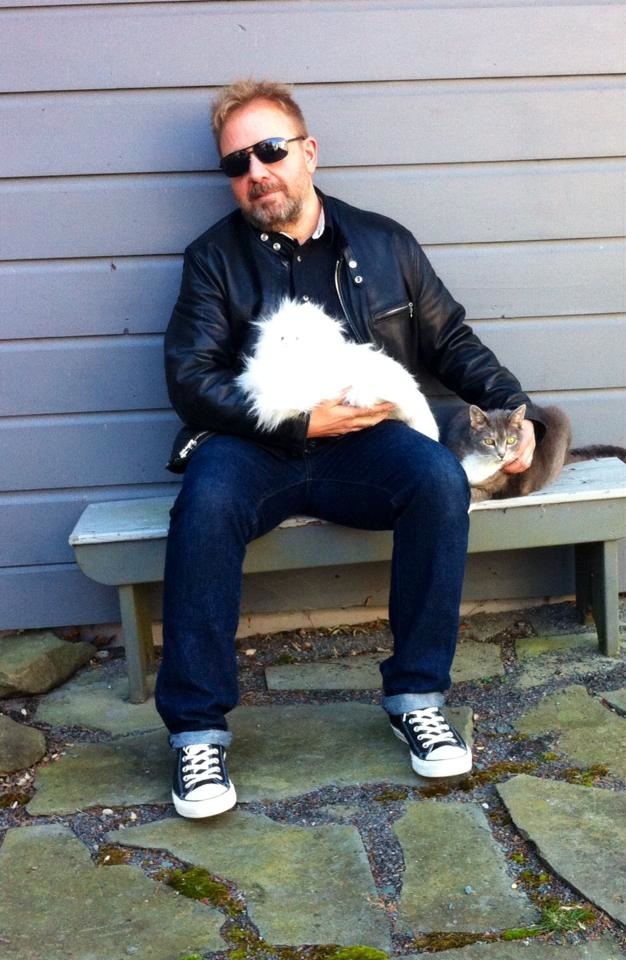 Only, of course, Richard is still calling the stuffed kitty a PUPPY. And so is Laura.

Tonight, I’m on my way to Spotty Dogs Books and Ale to do a reading with a few other local writers including my friend Karen Crumley Keats.  In fact, I’m going to read the opening of my noir-novel-in-progress which features a woman killing a man and rescuing a PUPPY.

It was loosely based on this PUPPY, who we found on a beach in Mexico with a suspicious bite wound on his leg. 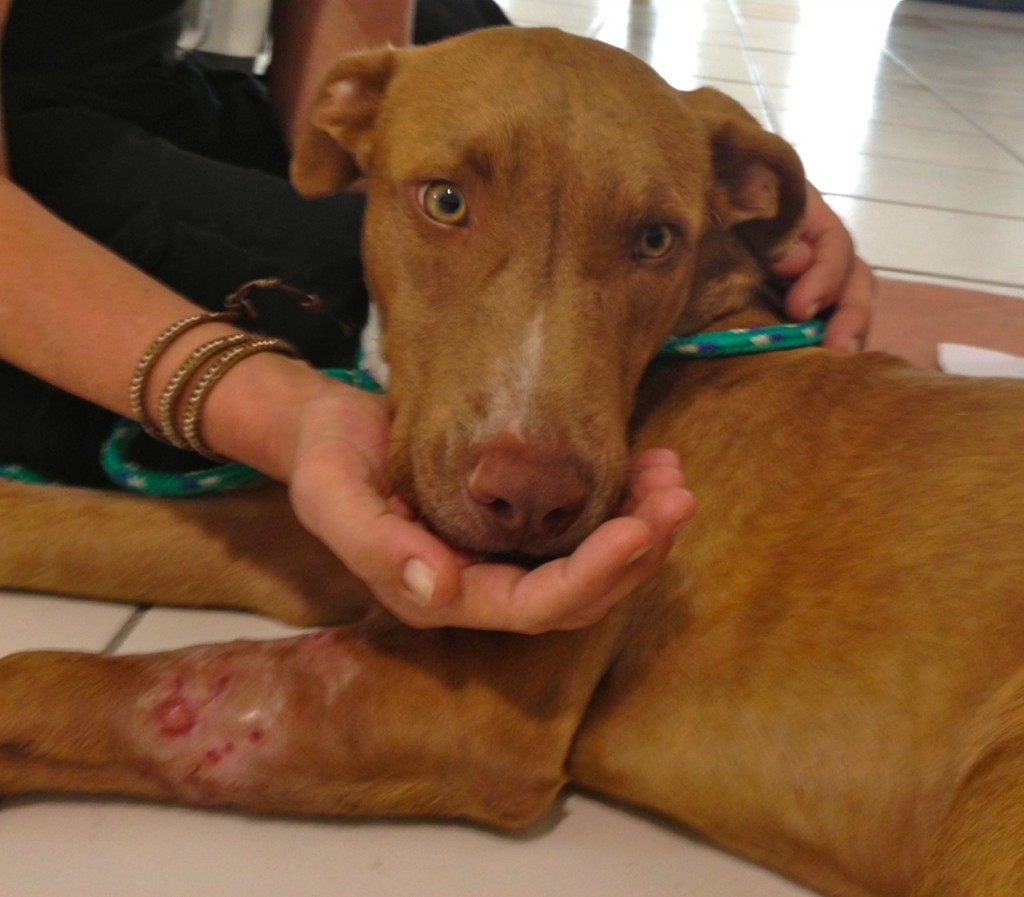 Did I kill the man who was responsible for this puppy nearly ending up dying on a beach with a severely infected bite wound?

But don’t tell Richard and Laura that.

One thought on “The Puppy Controversy”