It’s been five days since Lulu died and I’m seeing that cat everywhere.  Curled up in the closet.   On top of the counter, waiting for her chicken. Lording over the garden.

“Seeing” the dead in the days/months and, occasionally, YEARS after they’ve died is normal for me, and for a lot of us, I think.   Possibly more so for those who spend time  mucking around the subconscious through writing, painting, yoga, whathaveyou.

I’ve seen the dead for as long as I can remember.  And also have had a lot of woo-woo “psychic” moments:  Thinking of someone I haven’t seen in years and either hearing from them or running into them twenty minutes later.

William S. Burroughs believed in all kinds of magic and dreams and psychic things. And he had a LOT of cats. 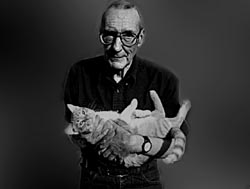 Burroughs also used to say: Be careful what you write.

I heard this advice early on in my writing life, maybe while attending one of  Burroughs’ workshops at Naropa, maybe reading it somewhere.

I was smitten by this idea that we could write things into reality.  I also took it seriously — and still do.  If I kill a character in a book, I make sure it’s a REALLY fictional character possessing neither the name nor any characteristics of anyone I know.

Also, I’ve seemingly made good stuff happen by writing it.

In one book, I ended up falling in love with a character.  He was a daydreamy, eccentric, rogue sort of guy.  When I finished the book, I was really sad to stop spending time with him.  The next man I went out was pretty much EXACTLY that character.

He had existed all along, I just hadn’t met him in real life yet.

I had a thread going on the Facebook page a few days ago about seeing the dead.   Many people said they also see dead people and animals.  A number of folks reported not having actual “sightings”, but dreams in which a dead person spoke to them, even offered guidance.

After my father died in 1995, (suddenly and young-ish)  I had a few dreams about him and I “saw” him several times, but never as much  as I saw my friend Mark Ashwill, who died in 2000 at the age of 45 (my slightly hyperbolic Voice obit of him here.)

I saw Mark (and sometimes still do) EVERYWHERE. 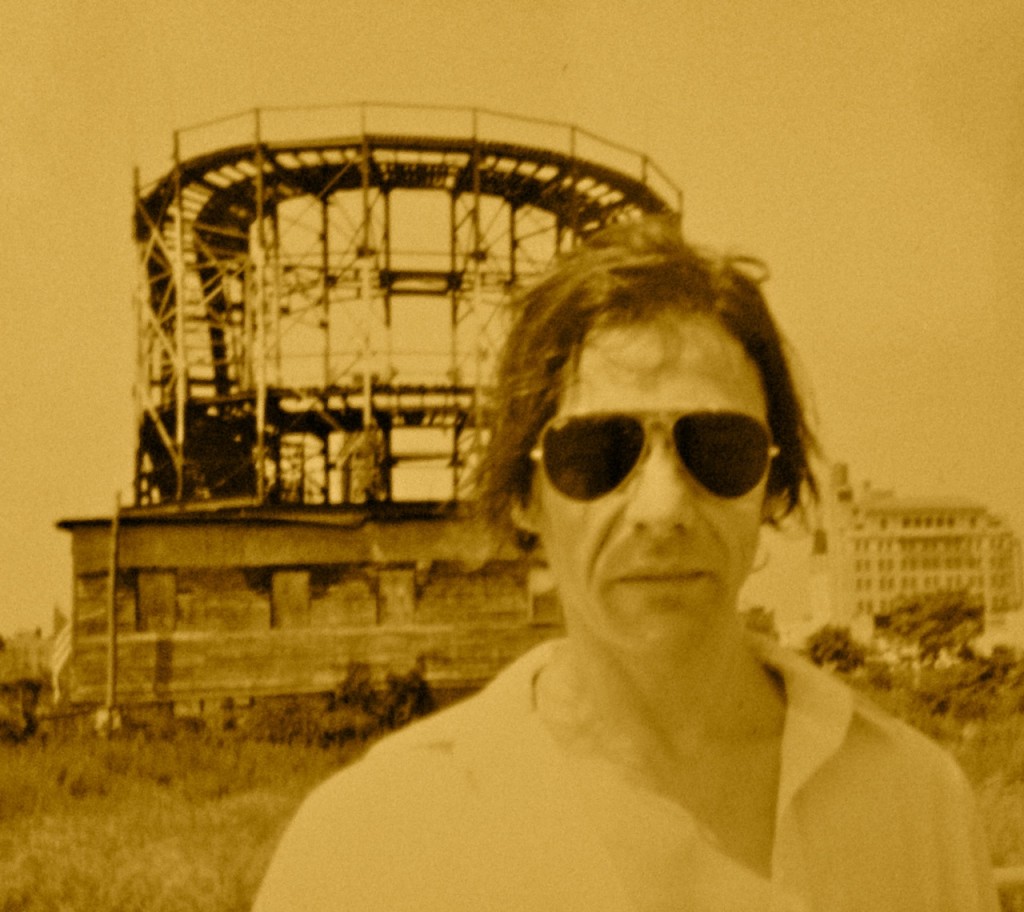 Usually, he’s dancing.  Or laughing.  Or up to some sort of mischief.   I don’t really know why he stays with me so much.  I don’t think he’s stuck in some netherworld, being forced to put in 13 years appearing to his living friends.

Maybe he stays with me because I watched him die.  He was a close friends and he was dying while I wrote Hex, so his dying ended up in the book. He even picked out his own character name: Oliver.

Maybe, as a result, a piece of him got stuck inside me.  Stuffed into one of those as-yet-unexplored recesses of my brain/mind.

A lot of stuff goes on in those recesses.

I don’t know what to call it other than That Freaky Thing That Happens When Someone Dies.

On of my favorite short stories is Will Self’s  “The North London Book of the Dead” (read it here or buy one of his books — when he’s good, he’s one of the best, when he’s bad, I want to smack him upside the head with his own vocabulary.)

In the story, the narrator runs into his dead mother one day and discovers that dead people are simply relocated to a different part of town.

Will Self obviously sees dead people.

Now, since she just died, it’s Lulu the Cat I am seeing. It’s a haunting of sorts, or a GHOSTING as my friend Judy calls it, and I like it.

It makes the grief weigh less. 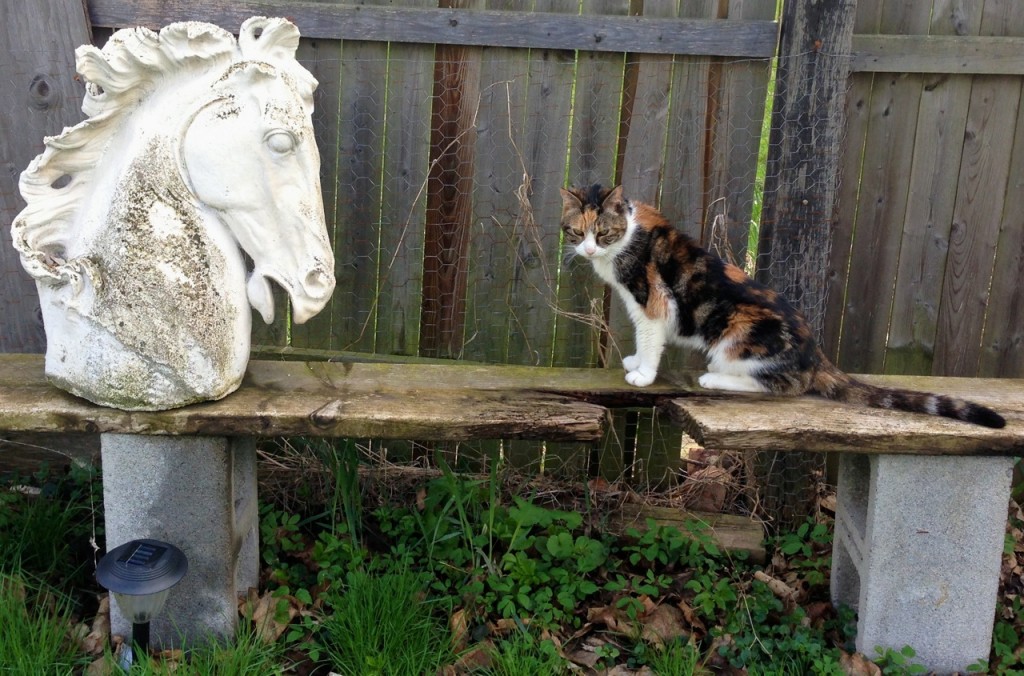