For the people of NYC (and those wishing to fly in from exotic locales to hear me read for twelve minutes):

I’ll be reading Saturday September 14, 8pm, at 2A (25 Avenue A) as part of LITCRAWL (a pub crawl type thing for people who like to wander around attending consecutive literary events).

It’s free.  I’ll have two drink tickets I won’t use so, first person to come up to me and show me a picture of their dog (you can fake it and just SAY it’s your dog, I’m really gullible) can have the drink tickets.

I’m reading FIRST.  So if you’re dawdling around somewhere, missing the days when people sold stuff on blankets spread along the sidewalks of the East Village (like John S. Hall’s detachable penis - (watch the video, it’s great!)) stop dawdling.

The theme of the reading is DIRTY LOVE (I think).  I’ll probably read two short passages from Book-#2 –In-Progress, which doesn’t really have a title, (Okay, it MIGHT be titled The Story of Giants, but I’m not certain.)

This book features dirt and love and, sometimes, dirty love.

So come on.  Don’t be like the people of the Northwest:  AFTER I’d left Seattle the other day, a dozen people got in touch saying: “Oh, I didn’t know you were reading in Seattle, I totally would have come.”

It was not a state secret.  I put it up on the blog, Facebook, and Twitter.  If you like me even slightly, check the blog or Facebook page from time to time. I can’t personally come to your house to tell you I’m reading.  I mean, I would if I knew where you lived.  But I don’t.   So just come on.

I regret to say Mickey will not be attending, though he will be coming to the city with me.   Bars are too loud for him so he’ll stay in Brooklyn, chumming around with Cousin Spike. 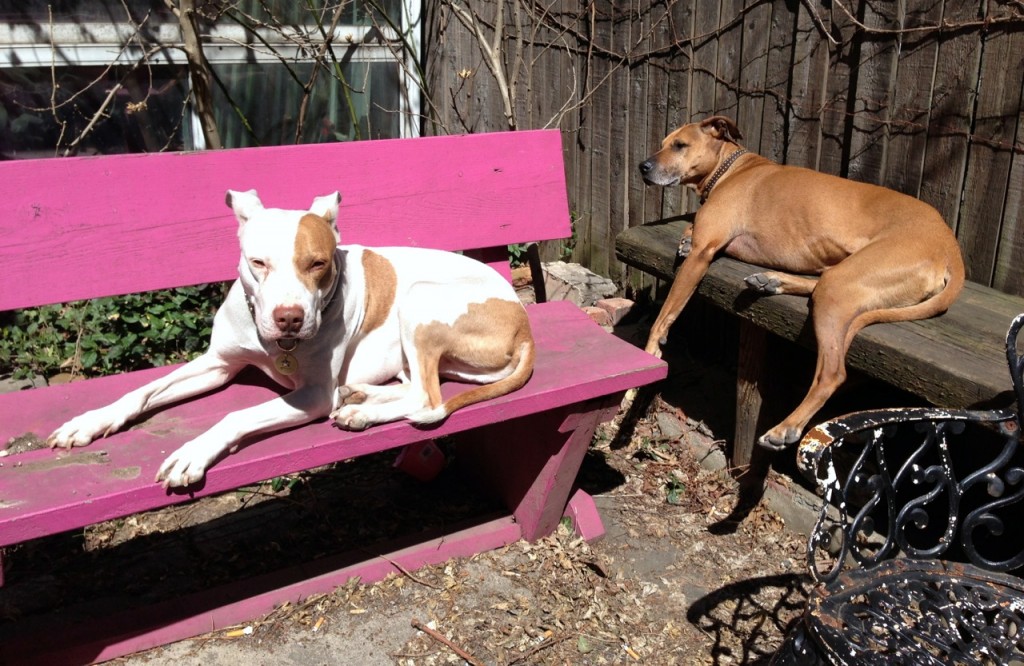 Mickey and Cousin Spike, not to be confused with Brother Stevie, though there is a resemblance