I think I’ve known some previous Mac Arthur Genius Grant recipients, but I don’t have pictures of any of them with Mickey.  So they don’t count.

Donald Antrim, newly minted Mac Arthur Genius, is a very good writer but,  most important, he has made out with my dog.

I think you can see from this picture that Donald is really communicating with Mickey. 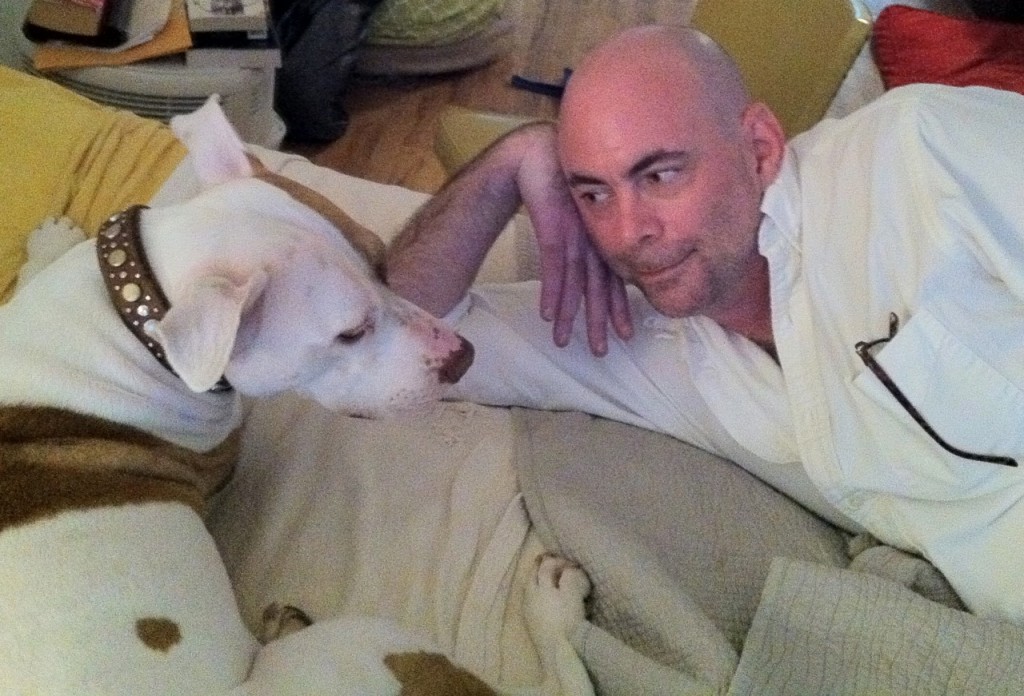 This wasn’t a staged picture.  Donald was lying on the bed, talking to Mickey.

No, Donald and I were not IN the bed prior to this picture.  It’s not that kind of friendship. Stop thinking like that.

This is a “G” rated blog post as it will eventually feature Neil Gaiman, whose new book, Fortunately The Milk (best title ever)  is a book for CHILDREN (not adults who haven’t grown up, like me, but ACTUAL children.)

I’m not one of those people who says: “I don’t trust people who don’t like animals.”

Okay. I AM one of those people.

I feel people who don’t like animals have something to hide.  Something they know animals will pick up on.

Donald Antrim and I had already been friends for years when I took this picture, but, seeing the way Donald truly communicated with a creature of a different species made me think more of him as a person  –and as a  writer.  And I already thought lots.

The world is filled with reasonably intelligent people who can put books together.  They go about this methodically, the way you would build, say, an engine.  Some of these people do this very well and even sell shit-tons of books. But the writers I like, they aren’t so methodical.  They tromp forward, clearing brush till they find  the place where the magic rises. They bleed a lot along the way.  I want to know the writers I read can feel – as opposed to just paint – their stories.  I already knew Donald could bleed, but the Mickey and Donald photo confirmed it for me.

Last week, I had dinner with Neil Gaiman.  It’s a long story, but, mostly we had dinner because we have a dear friend in common, the writer Kelly Sue De Connick, and she willed it so.

Kelly Sue is a woman of small stature, but very powerful will.

Neil felt it important to document the occasion of our dinner for Kelly Sue and took this photo with his phone. 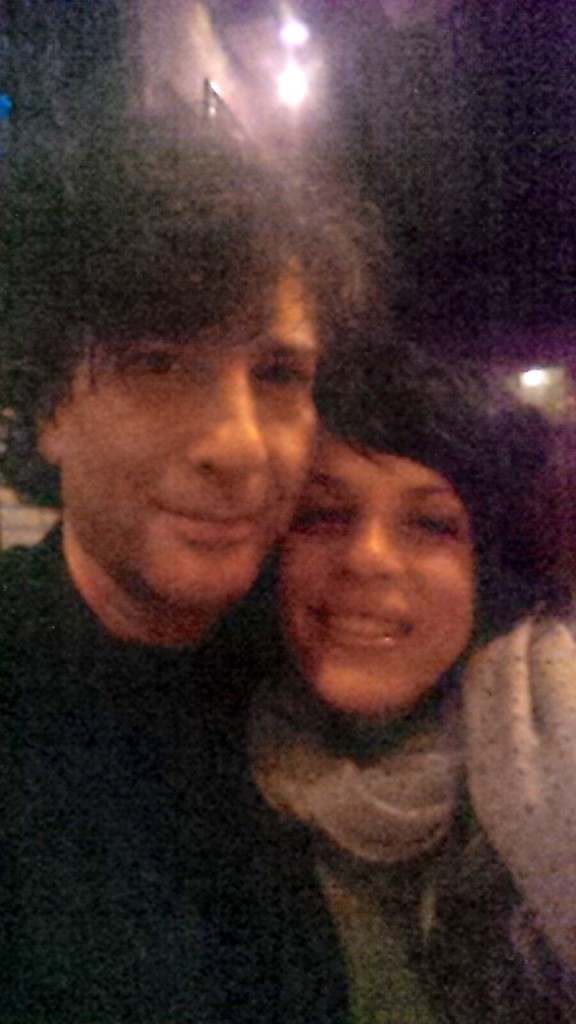 Neil always travels with beams of light shooting from his head

He then sent the picture to Kelly Sue, who was, at last, appeased.

It’s not like anyone had to twist my arm.  After discovering that Neil Gaiman is married to that gorgeous force-of-nature Amanda Palmer, I FINALLY (after Kelly Sue had urged me to do so for twelve years) read some of Neil’s books. 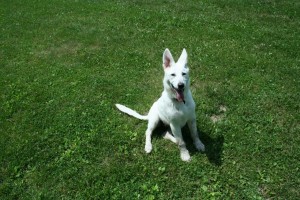 So dinner was really enjoyable, even more so because the brilliant Stephin Merritt and his boyfriend Jonathan also came along.  Stephin Merritt had just adopted a 17- year-old Chihuahua named Zydeco.  But that is a story for another time.

I kept having a niggling thought though: I need to get a picture of Neil with Mickey.

I think Neil gets requests to take photos with all sort of people and creatures and this request from me would probably not strike him as even slightly odd.  But I didn’t want to press at the edges of what I hope will be a lasting friendship.

Eventually, though, I will.

Then, if Neil is given a Mac Arthur, we’ll know:  Mickey did it.

One thought on “How To Be A Genius”