The typical response from my friends when I make a dog video is:  Why do you do that?  You’re insane.

Many writers would have made dog videos, or, worse, CAT VIDEOS if they’d lived in the age of YouTube.  For example: Kerouac, 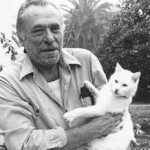 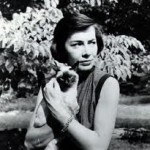 We writers, even those of us who have at some point been branded quirky, subversive, shocking are essentially just goony, reclusive idiots who talk to animals and do other childish, occasionally charming things when we’re not pounding nails into the floor with our foreheads (Eric Bogosian quote).

There are some social butterfly writers.  Truman Capote.  Neil Gaiman. These guys had/have such huge lives, I don’t know how they ever wrote/write. But these are superhero writers.  The rest of us spend a little too much time alone, in our underwear.    Some of us become secret connoisseurs of cat videos (how else to explain the extraordinary amount of media references to cat videos, other than journalists are sitting home watching fucking cat videos?)

I have made dog videos for four or five years now.  Mostly just because looking at images of  my dog (s) in motion soothes me.  Also, my dog Mickey, LOVES being photographed and filmed.  Seriously.  He was once photographed by a high fashion photographer (for the wonderful Unexpected Pit Bull calendar) and the photographer burst out laughing when, as soon as she took out her gear, Mickey began posing.  She’d never seen a DOG do this. 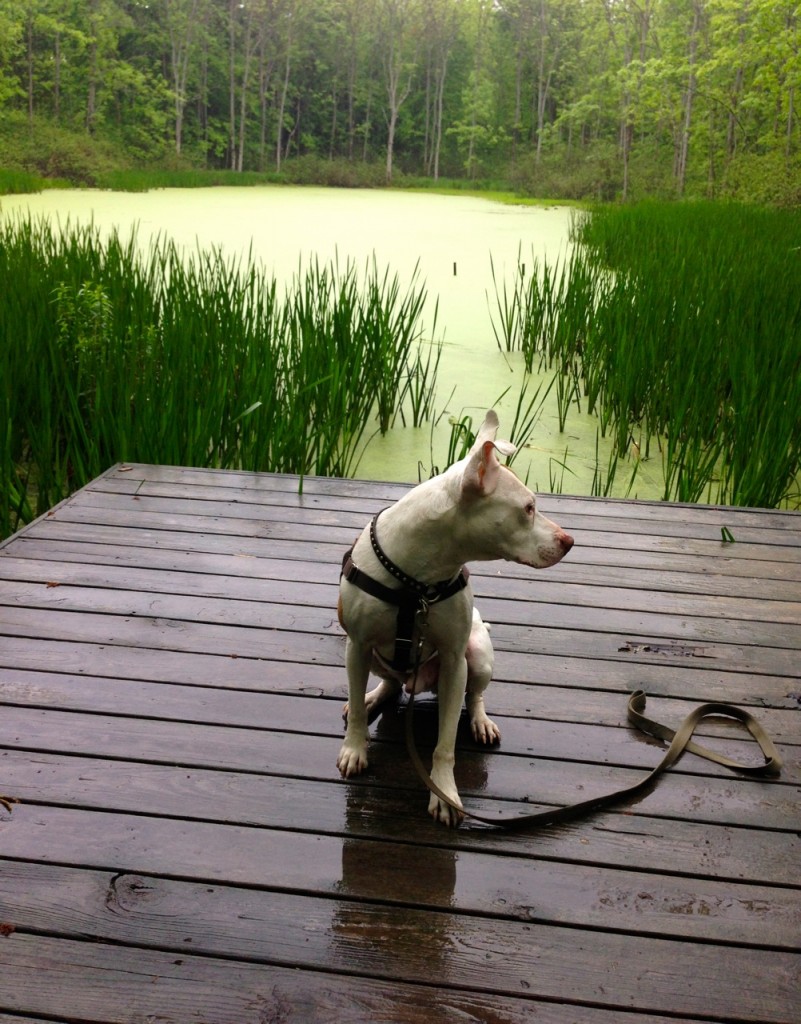 Recently, I made a two-minute movie about Mickey encountering zombie hookers in a cemetery.  Why would I possibly do that? I have no idea.  It just seemed funny. I have a pretty idiotic sense of humor.  Sometimes, I’m funny, but mostly, I’m a jackass.

David Sedaris is very very funny. It’s unclear to me what his stance is on the subject of cat videos, though I think there is a passing jab at cat videos in his hilarious new book, Let’s Explore Diabetes With Owls and, of course, this jab implies a familiarity with CAT VIDEOS.

I did a reading with David Sedaris a bunch of years ago, and it was pretty great.

We hadn’t met or read each other’s work before the reading but, in one of those beautiful coincidences that keep life worth living, it SEEMED like we were buddies who had planned on reading complimentary pieces.  Mine was about eating too many dried apricots on a bucolic country trip with a new love interest, his was in a very similar vein.  We both read about terrible humiliations.  The audience laughed and laughed and laughed.

After the reading, David Sedaris and I hugged and vowed to remain forever friends. We haven’t crossed paths since.   He became DAVID SEDARIS.  I became a quirky, subversive, shocking novelist who sometimes makes dog videos.

Okay.  I even made one cat video because I got pissed off at that wildly successful existential French cat, Henri (no link to that bastard, he gets enough attention already.)

I made a lame attempt at a rebuttal cat video starring my reluctant, ancient, cat Lulu.  I’m a little ashamed of this.  But not that much.  Not as much as I was the time I ate too many dried apricots while on a bucolic vacation with a new love interest.

There is something really pure about making dog videos.

Some of my work is pretty hard-nosed and people assume I’m a seen it-all-five-times-and-didn’t-like-much-of-it person.  But I’m just a quiet, animal-loving, yoga-enthusiast idiot who sees magic in many places, including dog videos.

Perhaps my friends think I’m insane for making dog videos because even  they can’t reconcile the side of me that produces melancholy, twisted books with the jackass who makes dog videos.

Neil Gaiman has helped me with this.  I always used to feel that, as a writer, I couldn’t show the side of me that believes everything is potentially magical, that all the world is a dog video.

Then, I read Neil Gaiman’s American Gods and liked it immensely. In particular, I  liked the way he matter-of-factly goes from the familiar to the fantastical almost in one breath – and it works beautifully.

It was very liberating to see someone do that successfully.  And I felt less crazy.  I felt like it’s okay to write brutal things one minute and make videos about my dog meeting zombie hookers the next.

Neil Gaiman does not, as far as I know, make cat videos, though he DOES post Tumblr pictures of his aging cat and also of his dog, a beautiful, rescued white Shepherd named Lola who I briefly met a few weeks back.

Perhaps, once I get used to doing this, I’ll have less need of making dog videos.

But I hope not.

2 thoughts on “The Cat Videos of Bukowski”